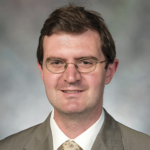 With the notable exception of the upheaval that shook Bahrain in February and March 2011, the Arab uprisings have had a longer ‘tail’ impact on the Gulf than they did at the time. The uprisings in 2011-12 and the years that followed saw attempts by different Gulf States – primarily Qatar, Saudi Arabia, and the United Arab Emirates (UAE) – to shape the pace and direction of political change in Syria, Yemen and states in North Africa. The fact that these efforts were neither coordinated, nor had shared aims deepened intra-Gulf tensions and rivalries. This contributed to the diplomatic rift of 2014, when Saudi Arabia, Bahrain, and the UAE all withdrew their ambassadors from Qatar for eight months, and began a prolonged blockade, with the addition of Egypt, that lasted from June 2017 to January 2021.

The policy responses to the Arab uprisings illustrated both the rise of individual Gulf states as regional powers in the Middle East and North Africa and their greater willingness to ‘go it alone’ and act unilaterally or, at best, as a loose bloc, to secure their (perceived) interests in transition states after 2011. Egypt became a microcosm of the Gulf States’ more muscular regional approach as first Qatar and then Saudi Arabia and the UAE backed different sides in the post-Mubarak maelstrom of Egyptian politics. Libya also provided an example of the impact of Gulf states’ divergence as Qatar and the UAE supported different groups of local anti-Gaddafi fighters in 2011 that set some of the seeds for Libya’s later fragmentation into civil war.

The emergence of the Gulf states as visible and increasingly assertive regional and international actors predated the Arab uprisings, but accelerated and acquired a potent new dimension once the initial shock of the upheaval subsided. Large-scale and prolonged political protests erupted in Bahrain on February 14, 2011 and spread to parts of the Eastern Province of Saudi Arabia while Kuwait experienced months of demonstrations in 2011 motivated primarily by public anger at allegations of political corruption. Smaller protests also occurred in Oman in March 2011 while in the UAE a petition signed by 133 Emirati citizens in support of modest political reform was delivered to the country’s rulers the same month. Only Qatar, with one of the highest levels of income per capita per citizen in the world (and lacking a relatively more unequal economic hinterland such as the UAE’s five northern emirates), experienced no unrest at all.

The lack of any meaningful prospect of potential domestic unrest in Qatar was one reason why the leadership in Doha, alone among regional states, could afford to see the Arab uprisings as an opportunity rather than a challenge to an authoritarian status quo. In addition, the uprisings began just weeks after Qatar had been awarded the hosting rights for the 2022 FIFA World Cup in December 2010, meaning that Qatari confidence in its ability to strategically deploy resources to meet political objectives was high. Even in the UAE, an outwardly similar high-income ‘rentier state,’ the fact that political and economic power was concentrated in Abu Dhabi and Dubai (to a lesser extent after its 2009 debt crisis) meant that local inequalities which could potentially become politicized were issues of concern to policymakers in 2011.

In the early phase of the uprisings, both Qatar and the UAE participated in the NATO-led no fly zone in Libya, both contributed to the Peninsula Shield Force deployed by the Gulf Cooperation Council (GCC) to Bahrain, and both were part of the GCC-led effort to secure a transition of political power away from the embattled President Ali Abdullah Saleh in Yemen. Policy cooperation in the Bahraini and Yemeni cases indicated that while Qatar was perceived to support the uprisings against flailing authoritarian regimes farther away from the Gulf in North Africa and in Syria, the Qataris continued to work within a GCC framework within the Gulf region itself. This was also evident in Qatari participation in the US $10 billion stability package that the four richer GCC states (Kuwait, Qatar, Saudi Arabia, and the UAE) extended to Bahrain and Oman in 2011.

However, Qatar’s perceived support for the uprisings elsewhere, and especially the perception that the Qataris were arming and funding Islamist actors within those uprisings, provided the basis for the bitter intra-Gulf rifts that dominated much of the decade that followed. Qatari political and financial assistance to Mohammed Morsi during the yearlong Muslim Brotherhood presidency of Egypt in 2012-13 came to crystalize, in the eyes of Qatar’s detractors, their suspicions that Doha had taken sides and picked winners, to which the Qatari response was that they were merely working with the elected government of the day. In Abu Dhabi however, such perceptions clashed with the virulent opposition to political Islam and the conviction that Islamists posed a profound threat to regional stability and national security as expressed by Crown Prince Mohammed bin Zayed Al Nahyan and set the scene for the UAE’s animosity with Qatar.

Morsi was deposed by the Egyptian military, led by General (now President) Abdel Fattah el-Sisi, on July 3, 2013, only eight days after Qatar’s Emir, Sheikh Hamad bin Khalifa Al Thani, handed power to his son, Sheikh Tamim bin Hamad Al Thani. While there is no evidence of any connection between the two events, it has meant that, in practice, Sheikh Tamim from his first week as Emir of Qatar faced a regional backlash spearheaded by Abu Dhabi and Riyadh, which both immediately responded with political and economic assistance of their own to the military-led Egyptian government that replaced Morsi. In November 2013, media reports which suggested that Egyptian members of the Muslim Brotherhood who escaped the subsequent violent crackdown on the organization had started to regroup in Doha were among the pretexts for the first iteration of the intra-Gulf diplomatic crisis that lasted for most of 2014.

The 2014 rift and the post-2017 blockade that followed it have both hit hard on some of the stress-points in intra-Gulf and GCC politics. One of the hallmarks of the GCC since its establishment in 1981 was that it represented a flexible alignment of six monarchies on the Arabian Peninsula that shared a broadly similar perception of external threat and had more in common than what kept them apart. It was this pragmatism that allowed the GCC to evolve into one of the most durable examples of regional organization in the Arab world over its first three decades. There was also a sense of flexibility – that member-states were able to agree to disagree over issues that impinged upon national sovereignty – that kept the GCC together even if it inhibited a common approach to regional and foreign policy issues.

The 2014 and 2017 intra-Gulf disputes weakened the GCC, both as an organization and as a collective unit of relatively like-minded states, in several ways. The sight of Saudi Arabia, supported in the 2014 and 2017 rifts with Qatar by the UAE, attempting to pressure a smaller neighbor served to revive longer-standing concerns about the differential in size and conventional power in the Gulf between one dominant state and five much smaller ones. Ironically, prior to 2011, Abu Dhabi held this concern just as much as Doha, and, in fact, several of the intra-Gulf flashpoints of the 2000s had concerned Saudi opposition to the UAE and Qatar moving ahead with a gas pipeline and road causeway. Although the contingency of events in and after 2011 realigned Abu Dhabi with Riyadh, the Saudi and Emirati attempt to force Qatar to do the same in 2014 and 2017 struck at the pragmatic flexibility of the GCC.

Attempts by King Abdullah of Saudi Arabia between 2011 and 2013 to deepen the process of political and security integration and transform the GCC into a form of a Gulf union also encountered strong pushback from the smaller states, including at that juncture the UAE, but especially Kuwait and Oman. After 2011, the Kuwaiti and Omani leadership emerged as a balancing force that sought to avoid taking sides or being forced to choose between their increasingly assertive neighbors. The release in June 2017 of a 13-point list of ‘demands’ on Qatar from the Saudi-Emirati-Bahraini-Egyptian quartet highlighted the risks to Kuwait and Oman that their own ability to conduct an autonomous foreign policy might also make them a target, as the list included the demand that Qatar cut diplomatic ties with Iran, just months after Kuwait and Oman had reached out to the Iranian leadership to try and reduce political tensions in the Gulf.

The two iterations of the intra-Gulf rift, in 2014 and post-2017, illustrated also how decision-making in key Gulf capitals had become concentrated in a new generation of leaders whose assertiveness differed significantly from the more consensus-oriented politics of their predecessors. This was most evident in Abu Dhabi, where Mohammed bin Zayed continued to consolidate de facto power and constructed a security-centric and centralized policymaking framework. Mohammed bin Zayed’s rise was a continuation of a process that began in the late 2000s with the ill-health of UAE President and Abu Dhabi Ruler Sheikh Khalifa bin Zayed Al Nahyan and the financial difficulties that hit Dubai. With fewer domestic constraints on his authority after 2011, Mohammed bin Zayed took the lead in counter

Kristian Coates Ulrichsen Is Fellow For The Middle East At Rice University’s Baker Institute For Public Policy In Houston, Texas. He Is The Author Of Four Books On The International Relations And Political Economy Of The Gulf, Including Qatar And The Arab Spring And The United Arab Emirates: Power, Politics,And Policymaking.