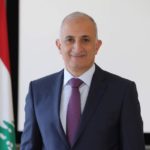 The region is witnessing unusual diplomatic activity: Vienna talks between the United States and Iran serve as the headline. The “negotiation kit” is employed in parallel across the region from Vienna to Baghdad all the way up to Lebanon and Syria. As the United States moves to get its regional allies on board regarding the nuclear deal with Iran, solving the issue of maritime border demarcation between Lebanon and Israel proves essential, in addition to the settlement of the war in Yemen for Saudi Arabia (KSA) and the United Arab Emirates. De-escalation seems evident between the Saudi and Iranian leadership, while Saudi – Syrian relations are heading towards normalization. This diplomatic activity promises a break of the Lebanese political deadlock which may lead to a potential easing of its economic and financial crisis. Tel Aviv and Washington held urgent talks last week while maritime border demarcation negotiations between Lebanon and Israel resumed on Tuesday. These regional developments could be the first step towards the formation of a cabinet 9-months after the designation of PM Saad Hariri. Otherwise, Lebanon will continue its descent into the abyss.

Advancement in the Dispute on Maritime Demarcation

Almost two weeks have passed since Under Secretary for Political Affairs David Hale’s visit to Lebanon where he met with politicians from across the political spectrum (except for Hezbollah). Delegated by Secretary of State Anthony Blinken, Hale was able to make progress in the maritime demarcation issue, a priority for the U.S. administration as it intersects with the entire region’s geopolitics. The fifth round of negotiations between Lebanon and Israel on their maritime border demarcation kicked off on Tuesday.

Negotiations between Israel and Lebanon over maritime borders demarcation, launched in October 2020, were stalled at the end of November following the fourth round of indirect talks when Lebanon realized that an additional 1,400sq km (540 square miles) to its exclusive economic zone (EEZ) are undoubtedly compatible with the international law. The Lebanese delegation was standing on firm ground in the demand for adopting the new offshore coordinates. The Lebanese claim to the additional area, which includes substantial parts of the Karish gas field, might temporarily suspend the oil and gas extraction process in the Karish gas field, which Israel is keen on starting as soon as possible. The U.S. dispatched Hale to Beirut just on time to sway President Aoun from signing the draft Decree 6433 to amend the borders as newly drawn by the Lebanese army. Hale made it clear that saving the Lebanese economy requires the demarcation process and the launching of oil and gas exploration.

Joe Biden’s administration priorities are arranged as follows: dealing with COVID-19’s repercussions at home, trying to stimulate and activate the worn-out American economy, dealing with the challenge of U.S.-China relations, arranging NATO’s and the allies’ status across the Indian, Pacific and Atlantic Oceans as well as the nuclear deal with Iran. Lebanon figures last on the nuclear deal’s components of negotiation.

The United States sought to bring its allies in the region (Israel, the Arab Gulf states led by Saudi Arabia, and the UAE respectively), who have strongly opposed the JCPOA agreement and actively contributed to its dismantle, on board for reviving the agreement. Therefore, multiple negotiation channels have been opened with a Russian contribution: Syrian – Israeli back channels in Syria as well as a dialogue channel between Saudi Arabia and Iran in Baghdad in the occasional presence of multiple Gulf countries. Positive developments were reflected in the statement made by Crown Prince Mohammed bin Salman in a TV interview last Tuesday, where he said: “Iran is a neighboring country, and all we aspire for is a good and special relationship with Tehran.” Spokesman for Iran’s Foreign Ministry, Saeed Khatibzadeh, welcomed “the change in Saudi Arabia’s tone.”

On the Israeli front, U.S. National Security Adviser Jake Sullivan met on Tuesday with his Israeli counterpart Meir Ben-Shabbat at the Israeli embassy in Washington. According to Israeli reports, the two parties agreed to “neutralize differences regarding the anticipated American return to the nuclear deal” and to “focus on bilateral consensual issues”. On his part, Walla news reporter Barak Ravid quoted Israeli officials saying that Israel believed that the U.S.’s return to the 2015 nuclear deal was “a matter of time”.

In the same regard, a Reuters report published Thursday night revealed a meeting was held between U.S. Secretary of State Anthony Blinken and his team with Mossad chief Yossi Cohen and Israeli Ambassador Gilad Erdan. During the meeting, the Israeli delegation expressed its deep concern over the U.S. return to the nuclear deal. Reuters report did not include Blinken’s response or comments.

On another front, a détente seems underway between KSA and Syria as a Saudi intelligence delegation visited Damascus earlier this week and met with high ranking Syrian officers. The effects of these regional developments will be reflected in the Lebanese political dynamic.

It was obvious to those who met Hale that government formation is not within reach, not in the near future nor is it on the table. However, the French diplomacy is seeking to build on the new regional developments in an attempt to break the Lebanese government’s status quo in open crisis for the past nine months. French Foreign Minister Jean-Yves Le Drian will be visiting Beirut between May 5 and 6, despite the expectation that France’s carrot and stick policy will not succeed.

According to David Ignatius, in his Washington Post op-ed: “Qatar is said to be ready to bail out the Lebanese financial system; a new government, at U.S. insistence, can begin tackling corruption; and an American-financed and -trained Lebanese military can gradually restore sovereignty”.

Former U.S. ambassador to Morocco and president of the American Task Force on Lebanon, Edward Gabriel, asked the Biden administration to take, along with the French and others, the necessary steps to assist the Lebanese people with “a recovery program — once an effective government is put in place”. While insisting that “a failed state in the Levant and on the Eastern Mediterranean is not in the interest of the U.S. and its allies”, he urged the U.S. to lead the humanitarian efforts without using the Lebanese state institutions and to support the Lebanese Armed Forces (LAF) as “the strength and deterrence of the LAF is vital to U.S. interests.”

One hundred days have passed since Biden’s inauguration and a light at the end of the Lebanese tunnel is starting to manifest. Resolution of the political deadlock may or may not take a long time depending on other regional diplomacy tracks and on reaching satisfactory results for all Lebanese parties which can be summarized by the return to the 2015 nuclear deal with all its components. Only then will talks about government formation, reforms that may be implemented, and international aid might come to fruition. Until then, regression, decline, poverty and decay will be the new reality in Lebanon but, perhaps, with a light at the end of the tunnel.

Khaldoun El Charif is a consultant at The Centre for Humanitarian Dialogue and former president of LPDC (Lebanese Palestinian Dialogue Committee). He was a senior advisor to former Lebanese PM Najib Mikati.