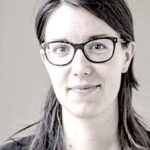 When Egypt, Ethiopia, and Sudan agreed in late June 2020 on an African Union (AU)-led process designed to solve the remaining issues related to the filling of the Grand Ethiopian Renaissance Dam (GERD), a peaceful settlement of the ten-year-long dispute no longer seemed a distant hope. Yet, almost one year later, tensions have once again peaked following the collapse of the latest talks convened by the AU Chairperson in Kinshasa. Although they flared up many times throughout the past year, the approach of the rainy season with the second filling scheduled for July has reawakened concern over violent measures.

To fully comprehend why the tripartite talks in Kinshasa failed and what chances there are to reach an agreement, we must pay attention to the narratives the authorities in these three countries construct about themselves and the dam. Ethiopia began constructing the GERD on the Blue Nile (locally known as Abay) in 2011, presenting it as a symbol of progress – indeed renaissance – which could lift the country out of poverty, boost industrial development, and diversify the economy. Its construction was funded by the Ethiopians themselves, hence their overwhelming support for something they perceive as theirs. Soon after construction began, Egypt and Sudan claimed the GERD would violate the 1929 and 1959 agreements which had until then ensured their monopoly over the Nile’s waters. For Egypt, any unilateral upstream project is both a challenge to its regional status and an existential threat to its domestic stability. Depending almost entirely on the Nile for its water supply, any disruption could not only affect the economy, which is largely based on agriculture, but also stir civil unrest.

Sudan, the other downstream country, also shares such concerns about economic and societal repercussions, especially should the GERD negatively affect the operation of the Sudanese Roseires dam located just a hundred kilometres downstream. Nonetheless, it also publicly acknowledges the potential benefits, including better flood prevention. In 2012, former President Omar al-Bashir indeed reversed Sudan’s original position and announced his support for the dam. However, positions once more shifted after new leadership took office in Sudan and Ethiopia in 2018-2019. The resurfacing of a long-dormant border dispute between the two countries and the new Sudanese transitional government’s determination to review all the major decisions of the Bashir era have since contributed to reducing Khartoum’s support for the dam. Notwithstanding this deterioration in their ties, over the years the three GERD parties have managed to agree on 90% of the technical and legal issues. If a binding agreement has not yet been reached yet, it is partly due to the parties’ domestic political problems.

The failure of the Kinshasa talks was widely anticipated in light of the current lack of domestic political flexibility for all the participants. The talks actually brought about some positive confidence building measures, including Ethiopia’s proposal of enhanced data exchange. These were rejected though because they were not enshrined in a legally binding agreement, which Ethiopia claims to be a way to limit its sovereign rights. But given the precedents of Ethiopia’s unilateral water policies on other international rivers flowing through its territory, any Ethiopian promise freed from a binding agreement would ring hollow to the other parties. Addis Ababa’s current resistance to such an agreement can be explained through the lens of internal developments. With elections scheduled for early June and with deep nationalist sentiments widespread throughout the country, especially inside one of his largest support groups (the Amhara), Ethiopia’s Prime Minister Abiy Ahmed cannot risk toning down public rhetoric or offering major concessions on a nationalistic issue like the dam. Elections (or a post-election dialogue addressing political grievances) can open a window to get GERD negotiations back on track, if their outcome gives Abiy the domestic and international legitimacy he seeks. Yet, they can also end them for good if the domestic security situation, already dire in many regional states, further deteriorates. Indeed, while Cairo and Khartoum would generally benefit from a weak Ethiopia in terms of a regional balance of power, a situation of widespread anarchy would only be detrimental to the GERD negotiations and the region as a whole.

Domestic politics aside, a way out of the deadlock may also come from the mediators’ front. Meditation would entail rebuilding trust among the parties, but also help focus on the economic benefits of the project and leverage foreign investment capacity to mitigate the possible revenue losses in downstream countries, thus redistributing the benefits across the three parties. Since the failure of US-sponsored talks in 2020, Ethiopia has been opposed to proposals of extra-regional mediation, alternative or complementary to the AU-led process. Presented as a position in defence of the principle of ‘African solutions for African problems,’ more realistically Addis Ababa knows it has more sway over the AU than the international mediators proposed by Cairo and Khartoum, namely the European Union, the United States, and the UN. These would-be mediators have instead signalled that they privilege a comprehensive approach which, displeasing Addis, lumps together the GERD, the human rights situation in Tigray, and the border dispute with Sudan.

Still, there are also other external powers which have both the capability and credibility to mediate.

Gulf powers have already been noted as valid options in light of their significant investment capacity and strong political ties with all parties. The United Arab Emirates, in particular, which have already launched a separate initiative on the Ethiopian-Sudanese border dispute, can be an effective partner to the AU in breaking the deadlock for a series of reasons. The UAE, which have close relations with all three local leaderships as well as a crucial (for Addis’ red lines) AU observer status since 2011, is genuinely interested in safeguarding the Blue Nile countries’ water security due to their own food security largely depending on the agricultural investments present in all those countries. Also, differently from Saudi Arabia and other Arab countries, Abu Dhabi has not publicly endorsed Cairo’s position in the dispute, taking a more neutral stance. While this stance was not well received in Egypt, the UAE’s neutrality should not be perceived as something inherently detrimental to Cairo (nor to Khartoum, which has in fact already welcomed the UAE’s intervention), but rather as a possibility for Abu Dhabi to also be accepted as mediator by Ethiopia, which  accused former candidates of impartiality. The visit of Abu Dhabi’s Crown Prince Mohammed bin Zayed to Egypt’s al-Sisi in late April, apart from dispelling rumours on their worsening relations, also suggests that an already existing informal Emirati track on the GERD dispute may soon be formalised.

Meanwhile, working on alternatives to the tripartite negotiations, Egypt and Sudan have recently intensified their outreach to countries in the broader Nile region which, until recently, had mostly endorsed Ethiopia’s position. A flurry of agreements on intelligence and security cooperation between Egypt and many East African countries (Burundi, South Sudan, Sudan, and Uganda) in recent weeks have raised troubling questions about the risk of military escalation. However, these agreements do not amount to mutual defence pacts, so they should not be seen as the effective creation of a military front ready to intervene against Ethiopia. Even in relation to Sudan, which held two joint military exercises with Egypt over the past six months, the bilateral military cooperation agreement does not amount to Khartoum’s readiness to meet all of Cairo’s military-related requests, including basing access for airstrikes. Yet, their outreach is definitely succeeding in painting Ethiopia as a regional spoiler. Also, in case of the definitive failure of the negotiations, Cairo and Khartoum need these regional countries’ collaboration to deprive Addis of some of the project’s economic benefits, such as electricity export.

In all this, a conventional military action by Egypt remains implausible because of practical operational limits for airstrikes, international backlash, and other costly domestic consequences. Indeed, no one in the region is in a strong enough political and economic position to sustain an inter-state war. The possibility of remote cyber-attacks cannot be excluded though. More than actions in support of local armed insurgencies in Ethiopia’s Benishangul-Gumuz, which seem to be more a narrative used by Abiy to counter internal criticism, Egypt and Sudan may resort to limited cyber-attacks to delay the dam’s conclusion. This already took place last year, so it is reasonable to expect more attacks in the future, in line with a growing worldwide trend in the use of cyber technology to disrupt critical water infrastructures. How Ethiopia would react remains an open question. Overall, although talks have so far failed to produce a deal, not all is gloom and doom. Even if the second filling takes place unilaterally as expected, a stronger but neutral international involvement complemented by greater domestic flexibility would still give cause for hope for a peaceful settlement in the months to come.

Tiziana Corda is pursuing a PhD in Political Studies at the Network for the Advancement of Social and Political Studies (NASP) of the University of Milan, Italy. Within the framework of her doctoral research, she is analysing the decision-making process in countries targeted by international sanctions, with a specific focus on the countries in the Horn of Africa and Iran. Currently, she is also collaborating on a project of the University of Sussex and funded by the European Research Council (ERC) on Violence, Elites, and Resilience in States Under Stress (VERSUS), focusing mostly on Ethiopia.