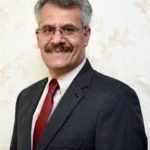 Multiple acts of sabotage in 2020 and 2021 targeting Iran’s sensitive nuclear facilities and commercial vessels prompted Iran to blame Israel as the probable culprit. Whether Israel received direct or indirect United States (US) support in those acts of sabotage is unclear however.

One of the most recent acts of sabotage was on 11 April 2021, when thousands of centrifuges were destroyed at the Natanz uranium enrichment facility as a result of a blackout at the electrical grid feeding the plant. This was due to sabotage and constituted an act of “nuclear terrorism”, in the words of Ali Akbar Salehi, the head of the Atomic Energy Organization of Iran.

The dual Israeli strategy aims to eventually reverse any U.S. willingness to re-enter the nuclear deal by undermining Iranian economic resilience and diplomatic leverage. Under the previous Donald Trump administration, the US unilaterally withdrew from the Joint Comprehensive Plan of Action (JCPOA), a landmark multilateral agreement between Iran and world powers.

Israel traditionally follows the “Begin Doctrine,” a strategic approach enunciated by former Israeli premier Menachem Begin, to weaken his country’s adversaries through pre-emptive measures to deprive them, for example, of developing nuclear capabilities.

Under the Begin Doctrine, Israel carried out air-strikes against its adversaries. Iraq’s French-built Osirak nuclear reactor at Tamouz fell victim on 7 June 1981 to an Israeli air-strike. Another strike took place against a suspected nuclear facility near Deir Ez-Zor in northeastern Syria on 6 September 2007. Iran learned important lessons from these two particular air-strikes. Iranian authorities laid out two domestic measures to protect its fledging nuclear program.

First, Iran decided that nuclear facilities must be spread throughout the vast country and built in multiple locations inside mountains, thus making it difficult for Israel to dismantle them. Second, Iran built a multi-layered air defense system against easy aerial infiltrations.

More crucially, Iran’s power lies in its “second-strike” capability that constitutes its deterrence and strategic depth against Israel. The cornerstone of this strategic depth is Hezbollah in Lebanon, an array of paramilitary groups stretching from Iraq to Lebanon, and Yemen, which is increasingly equipped with Iran’s state-of-the-art precision missiles and drone technology.

Hedging against a highly risky military campaign against Iran, Israel has opted for a plausible deniability strategy. This strategy predicates on sabotage, espionage, assassination, terrorism and cyber-attacks to dismantle Iran’s nuclear program.

Did Israel achieve its goals?

There is no evidence to show that Iran has a nuclear weapons program. Claims of possible military dimensions, or PMDs, to Iran’s nuclear program were put to rest in December 2015 after the International Atomic Energy Agency (IAEA) completed its decade-long investigation of Iran’s past nuclear activities. The IAEA Board of Governors closed the file in a landmark resolution.

Against the IAEA’s assessments, Israel considers Iran’s legitimate uranium enrichment technology a threat to its security and regional nuclear superiority. As such, Tel Aviv is a fierce opponent of the JCPOA because the deal allows Iran to continue uranium enrichment, even if only at a restricted level.

Israel’s acts of sabotage and assassination have been gradual in terms of the damage generated, in order to not invite a full-blown war. Yet, even small acts of sabotage are still a risky enterprise. Two months after a cyber-attack against the Shahid Rajaee port in May 2020, Iran accused Israel of launching a sabotage operation against the Natanz nuclear facility.

The operation delayed Iran’s advanced centrifuge production by several months. As a response, Iran built a facility under the mountain close to the same site inside the Natanz plant within eight months and installed more sophisticated centrifuges. Later, Iran raised the level of uranium enrichment from under 5 percent to 20 percent. Iran has stockpiled more than 55 kilograms of 20 percent enriched uranium.

In November 2020, Israel assassinated Mohsen Fakhrizadeh, a key Iranian nuclear scientist. A primary aim was to push Iran to swiftly retaliate and, therefore, easily goad Trump to war with Iran in the last period of his presidency. Iran did not retaliate in kind and thus did not fall into the trap Israel had designed at the time.

First, Iran responded by installing the advanced IR-6 centrifuges, machines that are capable of enriching more uranium in a shorter period of time than previously installed centrifuges.

Second, Iran increased the level of enrichment to 60 percent. Technically, this brings Iran closer to levels of purity required to build a nuclear weapon. This is a clear demonstration that Iran has the ability to quickly jump from 60 to over 90 percent if it finds it necessary.

Sabotage and assassinations only undermines the international community’s non-proliferation efforts in the long-term and strengthen Iran’s will to dramatically advance its nuclear program, limit cooperation with the IAEA, and move closer to “breakout capacity” – the time needed for a country to produce sufficient fissile material for a nuclear weapon. At the same time, Iran keeps its options open to take revenge in a way that suits its interests.

The Vienna talks and the shadow war

The Biden administration has expressed willingness to return to the JCPOA and lift the sanctions against Iran, but has spoken of its desire to lengthen and broaden the terms of the deal. Iran has welcomed the lifting of sanctions, but has rejected the JCPOA’s re-negotiation or accepting any new restrictions.

Current technical talks in Vienna between Iran and 4+1 countries (Britain, France, Russia, China plus Germany), with indirect U.S. attendance, are focused on bringing the US back into the nuclear deal. This has alarmed Tel Aviv.

Extremely worried about a possible U.S. return to the JCPOA, Israel has expanded its covert operations against Iran, escalating a shadow war which, if it continues, may lead to open conflict.

The attack against Iran’s non-military vessel Saviz in the Red Sea on 6 April by a limpet mine and the 11 April sabotage at Natanz were the latest episodes in the dangerous tit-for-tat shadow war at sea between Israel and Iran.

Israel’s belligerence is primarily aimed at derailing the Vienna talks. It is playing the role of  spoiler to undermine Washington’s diplomacy and harm Iran at the same time. Tel Aviv is working hard to challenge Washington’s return to the JCOPA since it believes the deal will give Iran a legal path to a nuclear weapon within a decade. This belief means it determined to see the JCPOA die rather than being saved.

It is up to the Biden administration if it will allow Israel to torpedo the talks and send the nuclear deal into permanent death. But if sanctions are not lifted in the short term, Tehran will have no incentive to comply with the JCPOA and may not be inclined to restrain its response to Israeli terrorism. That means the days of Israel damaging Iran’s nuclear program without provoking a proportionate violent response may soon end. This was illustrated by the Syrian missile landing near Dimona on April 22.

The US understands that its choice is not between JCPOA and a stronger deal, rather its choice is between the JCPOA and no deal where Iran will expand its nuclear program without any restrictions. That means Iran would get closer and closer to breakout capacity. Therefore, the Biden administration, against Israeli desires, believes that Israeli security will be better protected with the JCPOA, not without it.

While the US is cautious of Israeli actions triggering a menacing escalation, it appeared to be pleased with what Israel’s attack on Natanz because the sabotage weakened Iran’s bargaining power at the technical talks. However, Iran once again proved that it was capable of overcoming sabotage and strengthening its hand even more than before by jumping to 60 percent enrichment.

Not only does targeting Iranian commercial vessels and oil tankers aim to undermine the Vienna talks, but it also aims to signal to customers of Iranian commodities that Iran may not be able to reliably deliver at a time Iran’s foreign trade is recovering.

Acting with plausible deniability, it can be speculated that the attacks on three Israeli-owned ships, Hyperion, MV Helios Ray, and Lori, all of which have taken place in the past three months, was the Iranian response to Israeli acts of sabotage.

“The situation has changed. Iran may not exercise self-restraint in the face of continued Israeli attacks. It’s more likely that Iran will respond directly or through its allies. Israel is vulnerable and Iranian response will expose those vulnerabilities. They will not be able to hide the damages they suffer. This will break the false image of Israel’s invulnerability and will encourage non-state actors to strike it. And that will be a losing battle for Israel,” Mohsen Eslami, a professor of International Relations, told the writer.

Over the course of the past years, Iran has learnt to exercise restraint versus Israel in Syria. While Iran’s responses to Israeli acts of sabotage have hardened as of late, it remains a challenge for Tehran to not take the Israeli bait and fall into a spiral of escalation that can undermine prospective nuclear talks.

Ali Akbar Dareini is a researcher and writer for the journal of the Center for Strategic Studies in Tehran. Dareini is the author of the book “Legitimate Deterrence: A Thrilling Story of Iran’s Nuclear Program” published in 2017.

Ali Akbar Dareini is a researcher and writer for the journal of the Center for Strategic Studies in Tehran. Dareini is the author of the book “Legitimate Deterrence: A Thrilling Story of Iran's Nuclear Program” published in 2017.