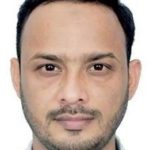 Amidst the ambiguity over international recognition of the new Taliban government in Afghanistan, questions have arisen as to the fate of the South Asian Association for Regional Cooperation (SAARC). The largely dysfunctional South Asian organization’s future will largely depend on the direction Afghanistan takes. However, given the rivalry between India and Pakistan and the international competition over the region, SAARC’s propsects do not look promising.

SAARC is the most populous regional grouping in the world with some 1.8 billion people 1 represented. However, South Asian masses, suffering from poverty and low development, are often clueless as to SAARC’s objectives and relevance. The organization was founded in 1985 at the initiative of the then Bangladeshi President Ziaur Rahman. It comprises India, Pakistan, Sri Lanka, Nepal, Bhutan, the Maldives, Bangladesh, and Afghanistan. Afghanistan, since being admitted as the eighth member in 2007, has been represented in various SAARC partnership projects in education, healthcare and sustainable development.

The group’s members see serious potential for regional integration and mutual economic development, but perpetual India-Pakistan tensions have hampered SAARC. The 18th and last SAARC summit was held in Nepalese capital of Kathmandu in 2014. The next summit, which was to be held in Islamabad, was postponed following the terror attacks at Pathankot in Punjab and Uri in Indian-administered Kashmir in 2016. New Delhi blamed the attacks on Islamabad.2

Pakistan has not succeed in its efforts to host the SAARC summit over the last seven years as Bangladesh, Bhutan and the previous US-backed Afghanistan government all followed India’s decision to abstain from the summit. With a constant threat of military conflict between two of SAARC’s biggest members, it is worth pondering the regional assocation’s future. A friendly government in Kabul has now shifted the momentum in Pakistan’s favour, giving Islamabad more prominence in regional affairs, including now giving it more say in what happens to SAARC.

The SAARC Charter stipulates that the responsibility of inviting member countries lies with the host, which is currently held by Pakistan. It is possible that Islamabad will try to involve China in SAARC’s affairs in order to curtail India’s regional role. If these efforts succeed, China will emerge as a bigger rival to India in South Asia.3

Afghanistan was admitted into SAARC as the eighth member in 2007 during Hamid Karzai’s tenure as president. India, which had lobbied for Afghanistan’s membership, must be now wondering whether that was a wise move in retrospect. India argued at the time that Afghanstian’s admission to SAARC would complete South Asia’s regional identity, despite Afghanistan arguably having more in common with Central Asia than with South Asia.4

Since its inception 36 years ago, SAARC has developed a multidimensional network of institutions, linkages, and mechanisms. The question on Afghanistan’s representation at SAARC will inevitably come up sooner rather than later and there are concerns in India about granting a Taliban-ruled Kabul a seat at the regional body. India’s main challenge, as usual, will come from Pakistan, which will most likely invite the Taliban administration to the next SAARC summit. A major disagreement on this issue may even lead to SAARC’s disintegration.

The disarray is visible from the cancellation of the SAARC foreign ministers’ meeting on the sidelines of the 76th UN General Assembly session due to disagreements over who should represent Afghanistan. Pakistan was against the participation of the Afghan UN permanent representative of the previous Ashraf Ghani regime, and reportedly proposed that Afghanistan should either be represented by Taliban representatives or the country’s chair should be kept empty.5 India along with other member countries opposed Pakistan’s move.6

Apart from the India-Pakistan face-off over the Taliban, other South Asian countries will not remain untouched by Afghanistan’s new realities. At the moment, Bangladesh, Sri Lanka, Nepal, Bhutan, and the Maldives have all adopted a “wait and watch” attitude.

Their decisions will essentially be based on regional and extra-regional factors. Chinese inroads in these South Asian countries through the Belt and Road Initiative (BRI), the enhanced significance of smaller South Asian states in the larger US Indo-Pacific strategy, and India’s regional position will be the factors that determine their policy on recognizing the Taliban as Afghanistan’s government. Domestic political pressures involving conservative population segments in Muslim-majority Bangladesh and the Maldives may also influence their decisions on Afghanistan.

If SAARC ceases to exist, no one will shed any tears as almost that no one has great expectations from the group that has long been dysfunctional. Though India has opened communication channels with the Taliban with the recent formal talks in Doha,7 it does not appear to have a roadmap for engaging with Afghanistan’s new rulers. The demonization of the Taliban in Indian media suggests that the nascent communication with the Taliban may not translate into a working relationship with Afghanistan anytime soon.8

In March last year, Indian Prime Minister Narendra Modi seized on the Covid-19 crisis and used SAARC’s seal to convene a video conference of regional leaders. Apart from such minor engagements, SAARC has virtually become redundant. India’s own focus is on the Bay of Bengal Initiative for Multi-Sectoral Technical and Economic Cooperation (BIMSTEC), which includes Bangladesh, Bhutan, India, Nepal, Sri Lanka, Myanmar and Thailand. Given its composition, BIMSTEC in the last few years has emerged as an alternative to the SAARC platform for regional cooperation in the South and South East Asian region.

On the other hand, China’s interest in South Asia is well known. China has set up its own alternative to SAARC by launching the China-South Asia Emergency Supplies Reserve and Poverty Alleviation and Cooperative Development Centre, which includes Afghanistan, Bangladesh, Nepal, Pakistan, and Sri Lanka. The five countries are also all participants in the BRI. Chinese Foreign Minister Wang Yi hosted a virtual meeting of the foreign ministers of Afghanistan, Bangladesh, Nepal, Pakistan, and Sri Lanka on April 27 this year to cooperate on Covid-19 vaccination and poverty alleviation in South Asian states. Afghanistan’s new rulers have already asked for the extension of the China-Pakistan Economic Corridor (CPEC), the BRI’s flagship project, to Afghanistan.9

Due to the mistrust and ongoing conflict between India and Pakistan, India has taken initiatives with other countries and launched the South Asia Motor Vehicle Agreement (MVA) after Pakistan blocked the regional transport deal in 2014.10 Bangladesh, Bhutan, India, and Nepal (BBIN) have signed it. In 2017, India launched a South Asia communication satellite for joint use by Bangladesh, Bhutan, Maldives, Nepal, and Sri Lanka. Pakistan did not join the initiative.

SAARC’s future hinges on relations between India and Pakistan and how the politics over Afghanistan develop. Pakistan has stepped up efforts to integrate with Central Asia and looks at Afghanistan as a transit route for economic development projects such as the Central Asia-South Asia power project (CASA-1000) that will supply surplus hydroelectricity from Kyrgyzstan and Tajikistan to Afghanistan and Pakistan. The Turkmenistan-Afghanistan-Pakistan–India (TAPI) gas pipeline project is also highly important for Pakistan to obtain cheap gas from Turkmenistan via Afghanistan. Energy-deficient Pakistan would like this pipeline to be completed even without Indian participation. With a friendly regime in Afghanistan, Pakistan will now try to find alternatives to South Asia in Central Asia and tap the vast regional market. Pakistan will either try to include China in SAARC to reduce India’s dominant position or will try to form an alternative to SAARC with China’s assistance.11

India has already developed regional arrangements to live without SAARC. If India-Pakistan tensions persist,12 both countries will focus elsewhere and let SAARC either remain dormant and die an unceremonial death. An organization that lacks even smooth administrative functioning cannot be expected to work for strategic regional goals, given the unmanageable mistrust and dearth of honesty among the members’ leaders. A lack of direction and abundance of mistrust almost guarantees an early and miserable demise for SAARC.

Mohammad Pervez Bilgrami is a political analyst who follows geopolitical and security trends in the greater Middle East with a particular focus on Turkey, Iran, Pakistan, Egypt and the GCC. He has written for various platforms and his work has also been translated into several languages including French, Spanish, Arabic, Persian, Turkish, Albanian, Chinese, Thai and Bahasa Indonesia.  On twitter @mpervezbilgrami