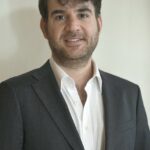 Abstract: The Patriotic Union of Kurdistan (PUK), a major centre of power in the Kurdistan Region of Iraq (KRI), has witnessed a significant confrontation between its co-presidents since July 2021, further dispersing power and widening the leadership vacuum in the region. The events within the PUK will have significant implications not only for the party’s internal leadership, but will and already has affected the whole region’s political landscape and power structure. Through the authors’ personal observations as well as unstructured interviews with politicians in Sulaymaniyah and Erbil, this brief argues that Bafel Talabani’s decision to weaken and ultimately remove Lahur Sheikh Jangi from the party in July 2021 has temporarily brought the Kurdistan Democratic Party (KDP) and the PUK closer together, but has further fragmented leadership and authority in Kurdistan’s Sulaymaniyah region.

Background of the Power Struggle within the PUK

Fragmentation and factionalism have always existed within the Patriotic Union of Kurdistan since its foundation in 1975,[i] though Jalal Talabani’s leadership style kept the divisions in check and under control. Yet, the party did sustain some seismic and momentous rifts in the late 2000s. The most significant one was the decision of Nawshirwan Mustafa, a major power and charismatic leader within the party, to leave and form the Gorran (Change) Movement along with some other well-known partisans in 2009, such as Omer Said Ali, Hama Tofiq Rahim, Kader Haji Ali, and Osman Haji Mahmood. In the 2009 parliamentary elections in the KRI, Gorran won 25 seats out of 111, with most of these seats coming from previously PUK-dominated areas in the Sulaymaniyah governorate.  The loss of votes and seats to a then nascent splinter, seemed to have harmed the PUK and may have initiated the start of the KDP-lead reconsideration of the balance of power that came about after 2003. The KDP and PUK signed an agreement to share power between Masoud Barzani, the President of the KDP, and Jalal Talabani, the Secretary General of the PUK, and to unify the two separate administrations created after the end of the KDP-PUK fighting in 1998. The agreement resulted in a coalition government after 2005. As a result, Barzani became the President of the KRI (2005-2017), while Talabani became the President of Iraq (2005-2014), as it is a tradition for the Iraqi presidency, a mostly symbolic office, to be held by a member of the Kurdish ethnicity.

Though the PUK seemed to have stood resistant to that and some other momentous shocks, the party was destined for more fragmentations as fault-lines grew to the surface. Importantly, Talabani’s health took a turn for the worse in 2012 and his subsequent death in October 2017 gave way to intense power rivalry between various factions within the party. As a result, the PUK grew all the more incapable of making effective and unified decisions. This was clearly reflected, for instance, in the PUK’s stance concerning the referendum in 2017, as PUK officials made conflicting statements on the referendum. Lahur and Bafel were in favour of postponing the referendum, while traditional PUK leaders such as the First Deputy for the Secretary General of the PUK, Kosrat Rasul, the Governor of Kirkuk, Najmadin Karim and the Head of Peshmerga‘s 70th division, Sheikh Ja’far, were all supportive of the referendum’s timing and approach.[ii] Such divisions raised doubts if the PUK could maintain the balance of power, and importantly, the power-sharing agreement with the KDP.

The PUK congress in December 2019 paved the way for a co-presidency system for the party. In February 2020, Bafel Talabani and Lahur Jangi were elected as co-presidents of PUK, following years of rivalry between various factions within the party and a leadership vacuum caused by Talabani’s ill-health and subsequent death in October 2017. The congress, however, did not remedy the party’s internal fragmentation and conflict. At that time, there were three main factions within the PUK: a Lahur-led faction, a Bafel-led faction, and a faction led by Kosrat Rasul and Iraq’s president Barham Salih. These divisions were not driven by different ideological or organizational disparities, but were rather a struggle for power and control of the party. Altogether, such dynamics have further fragmented the party to the point that confrontation, possibly even violent, between the two co-presidents has never been closer. Adopting the co-presidency system was not a reflection of an ideological or organizational change within the party, but the outcome of a dilemma: how to maintain Talabani’s rule while accommodating the emerging power of Lahur. In other words, the new system was a reflection of a new rivalry within the party.

An Associate Fellow at Al Sharq Strategic Research and a Lecturer in International Relations at Salahaddin University-Erbil. Palani is also a Research Fellow at the Middle East Research Institute. He is currently finalizing his PhD study at Leiden University. Research Interests: Iraqi politics, regional Kurdish politics, de facto statehood in the international system, and violent extremism in the Middle East.