The Contested Loyalties of Popular Mobilization Forces in Iraq 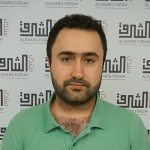 The results of the Iraqi general elections of May 12, 2018 caught many analysts by surprise. The Sairoon Alliance of the Sadrist Movement and the Communist Party won 54 of 329 seats. With 47 seats, the second biggest winner in the elections was the Fatah Alliance, composed of former members of Hashd al-Shaabi (or Popular Mobilization Forces), who are mostly aligned with Iran under the leadership of Hadi al-Ameri of the Badr Organization. Former PM Haider al-Abadi’s Nasr (Victory) Alliance came third with 42 seats. The formation of the new government is expected to be a months-long game with various potential outcomes depending on how well the actors play it. The constituents of these and other alliances reflect the main lines within the Shia-majority PMF, while the victories of the Sairoon and Fatah Alliances indicate that the PMF will continue to be of relevance in Iraqi politics.

The emergence of the PMF

The Popular Mobilization Forces (PMF), which are predominantly composed of Shia militia groups, was established based on a fatwa by Iraqi Grand Ayatollah al-Sistani incorporating already existing militia groups such as the Badr Organization and Kata’ib Hezbollah. The PMF, together with the Iraqi Security Forces (ISF), the Kurdish Peshmerga and coalition forces, fought against the Islamic State (IS) to reclaim Iraqi territory. Apart from accusations made against the PMF that it committed severe human rights violations against the local Sunni populations in areas retaken from IS, the PMF’s loyalty to the Iraqi state is also in question due to the glaring Iranian influence over a dominant segment of the PMF. The problem of accountability is essential for many reasons, the most crucial of which are the integration of the PMF into the ISF and the building of a more stable political scene in the post-IS era.

The PMF is an umbrella organization combining over 40 militia groups, some of which were already operating before al-Sistani’s fatwa. Although most of these groups are Shia, not all are aligned with Iran. There are mainly three clusters of power in the PMF’s Shiite groups: Iran, al-Sistani, and Moqtada al-Sadr. Asa’ib Ahl al-Haq (established in 2006), the Badr Organization (1982), and Kata’ib Hezbollah (2007) are among the groups loyal to Iranian Supreme Leader Ayatollah Khamenei. The Abbas Division (2014) and Ali al-Akbar Brigade (2014), on the other hand, were established after al-Sistani’s fatwa and are affiliated to him. Finally, Saraya al-Salam, founded in 2003 as the Mahdi Army by Muqtada al-Sadr, remains under his leadership. Apart from the Shiite groups, there are Sunni groups such as Liwa Salah al-Din (2014) and Yazidi groups such as Sinjar Resistance Units (2007), which is affiliated to the Kurdistan Workers Party (Partiya Karkerên Kurdistanê or PKK in Kurdish). Even though it is not a monolithic group, it is hard to deny Iran’s influence over many groups in the PMF.

Iran trains and provides arms to the PMF through its Quds Force, operating in Iraq under the commandership of Qassem Soleimani who has been described as a military advisor for the PMF by Iraqi government’s spokesperson Saad Hadithi. In addition to difficulties in administrating its operations and incorporating it into the ISF, diverse loyalties within the PMF are seen as likely to create clashes in cases of conflicting interests among its powerful stakeholders. In short, despite its multipolar structure, much of the PMF is under the influence of Iran, since Iran is the strongest among the stakeholders in the PMF: the dominant groups under the PMF – the Badr Organization, Asa’ib Ahl al-Haq, and Kata’ib Hezbollah – are loyal to the Iranian Supreme Leader Ali Khamenei; and the PMF sometimes operates in defiance of the Iraqi Government.

As per the official command chain, the PMF is under the authority of Iraqi PM Haider al-Abadi, who has the title of the Commander in Chief of the Armed Forces. Faleh al-Fayyad, Iraq’s national security adviser, chairs the Popular Mobilization Committee (PMC) and coordinates the various groups under the organizational umbrella in the name of the Iraqi Central Government (ICG). Abu Mahdi al-Muhandis, the deputy chairman of the ICG, also founded Kata’ib Hezbollah in 2007. Although he does not have an official title in the administration of the PMC, Hadi al-Ameri, whose group came the second at the last elections and who is the commander of the Badr Organization, is arguably the most influential actor among the PMF leaders as he leads the most active militia group within the PMF. As mentioned above, the commander of the Quds Force, which is the extraterritorial branch of the (Iranian) Islamic Revolutionary Guard Corps, Qassem Soleimani, who directly answers to Khamenei, is the PMF’s military advisor. Al-Muhandis was a leader of the Badr Corps – renamed the Badr Organization – before 2003. Similar to al-Ameri, al-Muhandis embraces wilayat al-faqih, the doctrine of Ayatollah Khomeini. In short, the de facto leaders of the PMF, al-Muhandis and al-Ameri, are aligned with Iran for the time being. However, this does not mean total Iranian influence over the PMF because other powerholders, al-Sistani and al-Sadr, have not adopted this doctrine and al-Sadr in particular is seeking to limit Iranian influence in Iraq.

The dominant groups within the PMF, as mentioned above, are aligned with Iran. In particular, the case of the Badr Organization is striking. Established as the Badr Corps, the military wing of the Supreme Council for the Islamic Revolution in Iraq (SCIRI) in 1982, three years after the Iranian Revolution, the Badr Organization adopted the mission of spreading the Islamic Revolution just as Hezbollah has been in Lebanon since 1982. Its current leader, al-Ameri, fought against the Iraqi Ba’ath government in the ranks of the Iranian army during the Iran-Iraq War of 1980–1988. Furthermore, in 2013, the Badr Organization sent fighters to Syria, just like Hezbollah, to suppress the rebellion against the Assad Regime. Despite its secularist ideology, the Ba’athist Regime in Syria had been a close ally of Iran from 1980 onwards. Iran had been able to send its support to Hezbollah through Syria. Hence, it is not surprising that Iran and Hezbollah have been working to keep Bashar al-Assad in power since the 2011 uprisings. The Badr Organization’s participation in this quest is itself quite telling. Many analysts view this alliance as part of Iran’s long-term strategy to establish a Shiite-dominated militia corridor in the Levant to broaden its zone of influence in the Middle East. In short, despite rival groups that are against Iranian influence in Iraq, the most active and influential militia organizations within the PMF are more loyal to Iran more than they are to the Iraqi government. This is evident in their reluctance and sometimes refusal to follow orders from the ICG.

Before the offensive against IS in Falluja in May 2016, al-Abadi announced that the PMF would not officially participate in the fight. However, “No one can stop us from going there,” he reportedly added. His Badr Organization joined the attack and remained in the city after its recapture. These Shiite militias committed crimes against Sunni civilians in territories retaken from IS militants, according to human rights reports. These reports state that the militia forces acted out of vengeance in their treatment of local Sunni communities. Thus, their involvement in operations in Sunni-populated areas has the potential to further already growing sectarian grievances. The militia groups do not obey the orders of the ICG. The problem of the PMF’s loyalty becomes even more salient in such cases of conflict of interest between Iran and the ICG. As mentioned above, however, not all the groups have an allegiance to Iran.

The groups loyal to Iran, mainly, Asa’ib Ahl al-Haq, the Badr Organization, and Kata’ib Hezbollah, are likely to create problems for the stability of Iraq and resist the ICG’s attempts to integrate the militias in the future. They are also the groups established before al-Sistani’s call. The groups organized after al-Sistani’s fatwa, on the other hand, are more likely to agree to incorporation into the Iraqi security forces and take orders from the ICG. Al-Sadr’s Saraya al-Salam presents an ambiguous case. However, if al-Sadr continues to insist on Iraqi nationalism that reaches beyond sectarian and ethnic lines – as he put it in practice by allying with the Communist Party in the last elections – and resisting the Iranian influence, we might expect that his followers would be willing to integrate into the Iraqi Security Forces or merely to disband. However, this scenario is highly dependent on the willingness of other groups to integrate, since it will not be reasonable for al-Sadr to give up his militia while others are using their military advantage to shape Iraqi politics. If a new Iraqi government is formed in the following months, the problem of militia groups will be one of the major issues the new government will have to tackle. Strategies to restructure or integrate the militia forces into the ISF need to take into account the complex web of alliances and rivalries within the PMF as well as between these militia groups and regional powers like Iran.