In spite of US sanctions, Iran is in the Middle East to stay

In spite of US sanctions, Iran is in the Middle East to stay 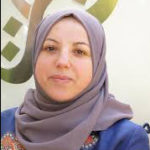 Abstract: In May 2018, U.S. Secretary of State Mike Pompeo laid down twelve conditions for Iran to meet in order to end the sanctions that the U.S. had re-imposed after withdrawing from the nuclear deal. The conditions directly addressed Iran’s power and influence in the region, taking aim at the coalition agreements Iran had concluded in Iraq, Syria, Lebanon, Yemen and Palestine. The U.S. administration demanded that Iran end these alliances with non-official political players, which it has been investing in for decades in order to expand its influence in the region. In other words, the Trump administration is demanding that the Islamic Republic entirely redefine its political and ideological framework and change a foreign policy that is still governed by revolutionary rhetoric largely inferred from the thought of Ayatollah Khomeini – a change that is inconceivable for the Iranian regime.

The re-imposition of U.S. sanctions on Iran in November 2018 has been aimed at limiting Iran’s power in the Middle East by putting pressure on the economic, social and political life of Iranians. These sanctions were ultimately designed to exhaust Iran’s economy to the degree that the regime would no longer have the capacity to sustain its support for allied groups across the region and that it would face growing domestic unrest. The tragic depreciation of the Iranian Rial is just one consequence of the second round of these sanctions.

The sanctions are not only aimed at the petroleum industry: they also include an embargo on foreign companies dealing with Iranian firms in other industries, putting any company that carries dealings with any Iranian company working in oil imports and petrochemical products at risk of sanctions. Furthermore, the sanctions also prohibit trading through Iran’s ports, any dealings with its maritime industry, shipbuilding and the maritime transport services or affiliated companies. The financial industry and the banking system will also be hit hard, as the sanctions will prohibit any foreign company from carrying out any dealings with the Central Bank of Iran or Iranian financial institutions. These sanctions also prohibit money transfers, insurance services or any other dealings with the Iranian energy industry. According to Mike Pompeo, the new sanctions include a list of fifty Iranian banks and their branches. In the shipping and energy industries, the sanctions include 200 people, many ships and 67 Iran Air aircraft. In total, more than 700 Iranian nationals, companies, aircraft and ships are facing the burden of U.S. sanctions. Furthermore, 20 other countries are abiding by the U.S. sanctions and have stopped importing oil from Iran. More countries are expected to join the sanctions after a series of threats from U.S. Treasury Secretary Steve Mnuchin.[1]

Furthermore, the SWIFT international transfer system will also be subject to penalties if it offers any services to sanctioned Iranian financial institutions. The implications of this could be overwhelming, especially after the complications and obstacles that the Rouhani government faced when it attempted to begin facilitating transactions between Iranian and foreign banks after the lifting of sanctions in 2015.

Fatima al-Samadi is a Jordanian scholar who specialises in Iranian politics. Al-Samadi is currently a principal researcher at the Al-Jazeera Center for Studies, where she supervises studies on Iran. She received her doctorate degree in Iran and her thesis discusses feminist tropes in Iranian cinema. Al-Samadi served as an assistant professor of Journalism and Media at the University of al-Zarqa’ and an assistant professor at the Middle East University Media department. Her publications include books and articles, namely “Political Movements in Iran”, “Women in the Midst of Politics”, “The US-Iranian Rapprochement: the future of Iran’s Role”, “Iran and the Arabs” (co-author), and “The Islamic State: Its Origins, Influence and Future”.