Is the Gulag the right historical analogy for China’s concentration camps? 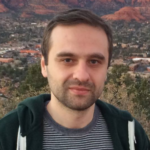 First of all, we must be aware that the Gulag camps were parts of a criminal justice system. This means that, however unfair and cruel, the detainees in the Gulags were people who had already been tried and sentenced to certain years of labor there. In other words, they were criminals according to Soviet law. In contrast, the detainees in China’s concentration camps are not guilty of any crime even according to Chinese law. They are detained in concentration camps as a preventive measure, because these people are seen as potentially dangerous. In this respect, the relevant historical analogy is not the Gulag, but Western colonial powers’ concentration camps in Africa and Asia. These colonial camps segregated racially or politically “dangerous” groups, functioning as extralegal collective detention centers. The goal was not to punish criminals, but to detain people who were not guilty of any crime.[6] In Xinjiang, those found guilty are sent to prisons, not camps.

More importantly, Gulags never targeted particular ethnic groups. It is true that proportionally more Germans, Poles or Ukrainians were detained in Gulags; however, ethnic Russians were always the majority in the Gulag camps. World War II brought a degree of ethnicization of loyalty and acceptable citizenship[7] and the Gulag system witnessed the emergence of special settlements for certain ethnic groups who had been deported before or during the war.[8] However, despite ethnic deportations, Gulag camps continued to function as a punitive institution for all nationalities. In contrast, Chinese concentration camps in Xinjiang directly target particular ethnic groups and the objective of the Chinese regime is at minimum a cultural genocide.[9] Gulag camps, at least in theory, were tools of class war and hence they were legitimate institutions under socialism. Today, there is no class war in Xinjiang. There is nothing socialist about China’s policies in the region. Millions of Han Chinese freely go abroad each year. However, going abroad or making contact with foreigners is the most common “reason” for the detention of Uyghurs, Kazakhs and other minorities. China’s concentration camps have no socialist legitimacy, in contrast, they are tools of pure, brutal and chauvinist colonialism.

Today, China is a major capitalist power with an alarming level of income inequality[10] and China’s system has even been described as a “capitalist counter-revolution” and “radical neo-liberalism” by socialist circles.[11] Hence, the Gulag analogy is not only misleading, but also holds the danger of legitimizing these camps in the eyes of left-wing people throughout the world whereas the truth is quite the opposite. We must openly declare that the best historical analogy for concentration camps in Xinjiang is not found in the history of socialism, but in the history of most brutal (even quasi-racist) colonial policies. In addition, similar to European colonialist powers’ common discourse of scientific racism and a civilizing mission, China has exploited the discourse of the global war on terror and Islamophobia in order to legitimize its chauvinist policies.[12] Thus, China is in no sense offering an alternative to the liberal capitalist order[13]: on the contrary, it shares the same ideology with most colonialist groups in the liberal capitalist world. Even if we only accept China’s official statements, a quick look at its rhetoric would clearly show how much China’s discourse resembles the 19th century discourse of the white man’s burden.[14] Besides, scholars have emphasized the role of Xinjiang as a surveillance laboratory not only for China, but for the whole world.[15] Various historians and political theorists have emphasized how colonies functioned as laboratories for European colonial powers and how these colonial technologies spread throughout the whole world. [16] Xinjiang’s function as a laboratory for totalitarian practices is comparable to how colonies were used by European colonial powers in the past.

It is probable that the most obvious commonality between Gulags and Xinjiang’s concentration camps is the idea of re-education or rehabilitation.[17] In this respect, there is clearly a continuity between the Communist era and today.[18] However, we should remember that rehabilitation and re-education are far from being exclusive to socialism. British camps in South Africa not only aimed to quarantine Boer detainees, but also rehabilitate and re-educate them: loyalty and love for the British Empire was at the core of the ethos of these camps.[19] Thought rehabilitation, self-criticism and self-condemnation, discipline, homogeneity and absolute loyalty were all parts of Nationalist China’s concentration camps from 1938 to 1949  too.[20]

One of the most important aspects of Chinese camps in Xinjiang today is the use of high technology for controlling detainees. In Gulag camps, this was technologically not possible, and besides, one can argue that it was hardly a priority. We know that the Gulag prisoners were unruly, and in many cases the authorities had only theoretical control over the camps. Disorder and inefficiency were characteristics of the Gulag camps.[21] In other words, resistance was possible and indeed common in camps across the Soviet Union. In contrast, thus far, we know no example of resistance in Xinjiang’s camps and even though the image of total technological control over camps can be challenged with more evidence in the future, it is still not clear what kind of “weapons of the weak” are available for detainees in Xinjiang. Instead, what we know about these camps is close to a pure totalitarian dystopia where not only detainees, but even people outside of the camps are passivized by a digital police state to an unprecedented extent.[22] In this respect, China’s concentration camps resemble neither Gulags, nor any other historical example.

[1] The author is grateful to his colleague Tyler Kirk for his comments on the global history of concentration camps.

[7] Amir Weiner, “Nature, Nurture, and Memory in a Socialist Utopia: Delineating the Soviet Socio-Ethnic Body in the Age of Socialism”, The American Historical Review, 1999, 104 (4).

[17] Steven A. Barnes, Death and Redemption: The Gulag and the Shaping of Soviet Society (Princeton University Press, 2011).

Mehmet Volkan Kaşıkçı is a Ph. D. Candidate in Soviet history at Arizona State University. For his dissertation research, he lived in Kazakhstan for more than two years. Recently, he has been volunteering for Atajurt Kazakh Human Rights Organization, which has proved vital for providing information about Chinese concentration camps in Xinjiang. Atajurt has captured thousands of video testimonies with people whose loved ones are currently being detained in Chinese concentration camps or prisons.