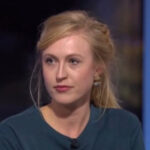 On 23 June, international and Libyan representatives met in Berlin to discuss the progress of and ongoing challenges to a stable, peaceful Libya. The conference however was highly reminiscent of January 2020, as the participants and topics largely remained in line with the first International Libya Conference in Berlin on 19th January 2020.

Similar to a year and a half ago, Germany organized this diplomatic conference in cooperation with the United Nations (UN) and its Support Mission in Libya (UNSMIL). The invited country representatives once again came from Algeria, Egypt, China, Germany, France, Italy, the Republic of the Congo, Russia, Turkey, the United Arab Emirates (UAE), the United Kingdom and the United States of America, only this time with the inclusion of Netherlands. German Foreign Minister Heiko Maas stated in the lead up to the conference that the agenda will again be determined by demanding compliance with the arms embargo, calling for a stable ceasefire, and the establishment of a unified, legitimate political leadership in Libya.

However, upon closer examination, differences to 2020 remain. The name Ghassam Salamé no longer appears as the former UN Special Envoy for Libya has submitted his resignation. Instead, there are more Libyan names to be found, which is linked to the official participation of Libyan government representatives in Berlin II and the current Libyan Government of National Unity (GNU) is hence represented. The government also boasts a female foreign minister, Najla El Mangoush, for the first time. This Government of National Unity has its origins in the negotiations within the framework of the UN-led Libyan Political Dialogue Forum (LPDF) and, along with the signed ceasefire in October 2020, the GNU is one of the greatest successes of Berlin I.

However, these successes are only partially related to Berlin I. The ceasefire in 2020 was not primarily driven by negotiations, rather it was the Turkish military intervention in support of forces opposing Khalifa Haftar around Tripoli that allowed them to decisively repel the aggression on Libya’s capitol. Additionally, though there is a ceasefire in the country, it cannot prevent military aggression or terrorist attacks at the local level, but rather only creates a cold peace between the rival sides of Western and Eastern Libya based on a military deterrence backed by foreign powers. In other words, rather than the war ending, intervening states have entrenched themselves in the country and are now safeguarding their direct and indirect stakes. These intervening states have deep-seated interests at various levels. Turkey, for example, is economically invested in Libya and has reached important agreements on sea borders in the Mediterranean with the Libyan authorities in Tripoli. These would be at risk if the capitol were taken over by forces hostile to Turkey.

Russia’s interests in the country, on the other hand, are of a mostly purely strategic nature.. It, therefore, uses mercenaries from the Wagner group to secure strategically important positions and exert influence on Libyan developments, which can then be used in international negotiations. Therefore, the incentives to withdraw from Libya are not particularly high. Any compliance with the arms embargo, the withdrawal of all foreign forces and holding free elections, is most likely to be purely rhetorical without any concrete steps taken.

Not only Turkey and Russia find themselves on opposing sides in Libya, but European countries have also been pursuing different foreign policy interests in the country. In the foreground are France and Italy. While France has been pushing an antiterrorism agenda in Libya and the Sahel region and therefore relied on the supposed “strongman” of Khalifa Haftar, Italy has maintained close ties to Tripoli. However, the German Chancellor met both French President Emmanuel Macron and Italian Prime Minister Mario Draghi in the run-up to the Libya Conference in order to coordinate policies.

Another foreign policy component that separates Berlin II from Berlin I is the change in administration in the White House. The American government has long prioritized the fight against terrorism in Libya and thus the entire region, including the Sahel, as a central motive in its commitment. Under the former President Donald Trump, however, the State Department’s Libya policy was (also) contradicted by the the White House’s policies. While the State Department was working towards political solutions for a stable Libya, President Trump undermined these efforts by, for instance, encouraging Khalifa Haftar. This disagreement in strategy and support for local actors has cooled considerably with the new US administration and there has been no rhetorical support for Khalifa Haftar since Joe Biden’s election. In general, the Biden Administration has recently been re-aligning with its European partners, especially Germany, and respecting UN institutions and processes, unlike the Trump administration.

Independent of positive signs with regard to American and European Libya policy, the situation on the ground is still gloomy. The withdrawal of military personnel and mercenaries from the country is a basic requirement for the country’s stability and a real takeover of power by political, ideally legitimate, and not primarily military actors. How this withdrawal should succeed is unclear and even more, intruding countries such as Russia and the UAE (still) deny the presence of their troops, mercenaries or military equipment. This can be considered a first necessity before concrete steps for withdrawal can be planned.

The repeatedly emphasized plan of holding elections in Libya on 24th December this year is also riddled with issues. Firstly, secure, safe and free elections cannot be guaranteed currently, as has already been shown in various rounds of local elections. Secondly, there is currently no constitutional basis for holding elections. Thirdly, and most importantly, it is highly questionable if all Libyan actors, including their foreign supporters, will be ready to accept election results.

In summary, conclusions were published again at Berlin II, in which all participating countries first and foremost re-committed to the conference conclusions of January 2020. Compared to Berlin I, the main difference is that the GNU and other (new) Libyan institutions are named and held responsible. The fight against Covid-19 also makes it into the final declaration and thus presents another clue that there have been significant changes not only in Libya, but also worldwide since January 2020. In the crucial paragraph 5, which emphasizes elections on December 24th and the necessary withdrawal of all foreign troops, the need for national reconciliation is also recognized. However, all three of these demands face immense difficulties and fundamental problems. While there seems to be a consensus at international conferences in Berlin, there is strong doubt if the various intervening forces will keep these promises afterwards. The next months will show if the second Berlin conference will have a significantly different aftermath than the first one.

Inga Kristina Trauthig is a Research Fellow at the International Centre for the Study of Radicalisation (ICSR) and PhD candidate at the War Studies Department at King’s College London. Her research focusses on non-state actors in the Middle East and North Africa, particularly Libya. At King’s College, she convenes the MENA Research Group within the Institute of Middle Eastern Studies (IMES). She also works on broader issues concerning violent extremism in Europe and the US. Inga has conducted work with UN-organisations, NGOs and private companies that addressed root causes of civil strife as well as practical and ideological competition between state and non-state actors in the Middle East. She holds an MLitt in Middle East, Caucasus and Central Asian Security Studies from the University of St Andrews in Scotland.