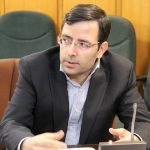 One of the most important changes in Iran’s foreign policy over the past decade have been its deepening relations with China. During this time, China has become Iran’s number one trade, economic, financial, and technological collaborator. Indeed, China is now responsible for more than 30 percent of Iran’s foreign trade. It is also a key political partner and the first country to sign a comprehensive strategic partnership agreement with Iran after the Islamic revolution.

Expanding relations with the East and promoting economic diplomacy are among the main priorities of the newly elected administration. As the world’s second-largest economy and Iran’s most important partner in the East, China is at the top of the list.

In the bigger picture however, the success or failure of the Raisi administration’s relations with China depends on the future of the Joint Comprehensive Plan of Action (JCPOA), better known as the Iranian nuclear deal. The lifting of United States’ (US) nuclear-related sanctions against Iran is a necessity for the de-securitization, normalization, and gradual expansion of trade and economic relations between the two countries.

Back in 2015 during the nuclear deal’s implementation, Chinese companies signed more than $20 billion worth of investment and economic cooperation agreements with Iranian partners in the fields of energy, finance and transportation. After the US withdrew from the nuclear deal, Chinese companies gradually pulled out of Iran. The revival of these stalled projects and new Chinese investments will depend on Iran’s nuclear-related sanctions being lifted. Moreover, the implementation of a 200-page agreement between Iran and China to redesign the Arak reactor will also depend on the nuclear agreement’s revival.

At the regional level, the future of the two countries’ relations will be affected by the evolving regional order in the Middle East, the prospect of Iran’s full membership in the Shanghai Cooperation Organization (SCO) and the Afghanistan crisis. Under the new government, Iran’s Middle East policy will most likely continue, and Iran will persist in trying to win Chinese and Russian support for its Middle East policy. Here China’s growing active role in the Middle East is an important factor, especially given its  proposed initiative for stability in the Middle East that has significant overlaps with the new Iranian government’s doctrine of collective security. China sees Iran as “part of the solution” in the Middle East, and the nuclear deal as the foundation of stability in the Persian Gulf. It has even offered to mediate between Iran and Saudi Arabia. Iran, for its part, has always encouraged China to play an active role in shaping the Middle East’s regional order.

Beyond continuing Iran’s efforts to engage China in the Middle East, the new administration is likely to intensify Iran’s efforts to become a full member of the SCO. In the two decades since its establishment, Iran has always sought full membership in the SCO. However, China has until now not supported Iran’s full membership. If Iran gains full membership in the organization with Chinese support, then it will lead to a new dimension of multilateral cooperation between the two countries, with Iran’s “Looking East policy” taking a significant step forward. In addition, the escalating crisis in Afghanistan, with the ongoing withdrawal of American and coalition forces, will be probably the first foreign policy challenge for the Raisi administration. Iran hopes China will work to manage this crisis and prevent the Afghan central government’s full collapse.

On the bilateral level, the new Iranian government sees expanding engagement with the East as a key priority. Ibrahim Raisi’s key supporters often termed “hardliners” in Western media, have always advocated for expanding relations with the East (China and Russia) as a top priority of Iranian foreign policy. In their view, expanding relations with the East balances against Western coercive diplomacy, promotes Iran’s freedom of action, and represents strategic cooperation with powers that share common interests and values with Iran.

Meanwhile, China, in the wake of its intensifying strategic competition with the United States, has an increased willingness to engage with revisionist actors such as Iran. China was Iran’s most important supporter during the Trump administration’s policy of maximum pressure on Iran, especially in the UN Security Council. It played an important role in assisting Iran to resist US sanctions, even signing the comprehensive strategic partnership agreement during this period. Xi Jinping was the second president after Putin to congratulate Ibrahim Raisi on his victory and emphasized the strengthening of strategic relations between the two countries in his call.

With the new government in power, the two countries’ political determination to expand relations will only be strengthened. The Comprehensive Strategic Partnership Agreement provides a framework for the development of bilateral relations, and the Raisi administration will prioritize its implementation. The core of this agreement is not military or political cooperation, but economic, with Chinese capital, technology, and trade at its heart.

Nonetheless, the implementation of the deal will be complicated. In the last two decades, a significant portion of the bilateral agreements between the two countries have either not been implemented or have encountered numerous difficulties in the process of implementation. Even if the United States rejoins the nuclear deal, parts of the sanctions will remain and there will continue to be some level of ambiguity about Iran’s economic prospects. In addition, Chinese companies do not have sufficient knowledge of Iran’s complex market and political economy and are likely to enter the market cautiously and slowly.

Recently, Iran’s foreign minister, Javad Zarif  stated that the focus of foreign relations for Iran will be on expanding relations with China and Russia for up to ten years. Hossein Malaek, Iran’s former ambassador to China, told Al Sharq Strategic Research that while the Raisi administration will pursue this approach with strong political will, its success will ultimately depend on the nuclear deal’s revival.