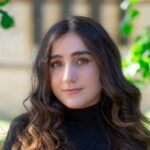 Ebrahim Raisi’s victory in Iran’s June 2021 presidential elections occurred against the backdrop of a record low voter turn-out, internal economic crises, and ongoing negotiations on the restoration of the Joint Comprehensive Plan of Action (JCPOA), also known as the Iranian nuclear deal. The Iranian press widely circulated Vladimir Putin’s congratulatory message to Raisi, the conservative former Chief of the Judiciary, noting that the Russian president was the first head of state to send his regards to the president-elect. Iran’s Ambassador to Moscow Kazem Jalili underscored that Putin’s message was a testament to the closeness of Russia-Iran ties. On July 6, during a meeting with Russian presidential aide Andrei Fursenko, Jalili delivered Raisi’s response to Putin’s message and expressed hope that the Raisi administration will bring a period of growth and development in Moscow-Tehran bilateral cooperation. Notwithstanding grandiloquent statements about the potential horizons of cooperation, Ibrahim Raisi’s election will have a limited impact on the development of Russia-Iran ties. Instead, Russian and Iranian interaction will continue to be shaped by their mutual interests in regional theatres and broader foreign policy postures.

Raisi and the Russia connection

Ebrahim Raisi’s relationship with Russia was previously subjected to scrutiny during his candidacy in the 2017 elections which coincided with his meeting in Mashhad with Rustam Minnikhanov – the president of Tatarstan and Putin’s representative for religious affairs. The timing of Raisi’s meeting with Minnikhanov, only one month before the elections, prompted reformists to lodge accusations of possible Russian interference in Iran’s elections on Raisi’s behalf. Some even called for an investigation over violations of electoral laws. The speculation however was unfounded as Raisi’s meeting with Minnikhanov was in his capacity as the custodian of the Imam Reza Shrine, an influential religious entity and large economic conglomerate based in Mashhad. As part of Tatarstan’s efforts to establish economic ties with Iran’s Khorasan-Razavi province, Raisi was personally invited to Kazan by the head of Tatarstan in 2018. Raisi’s travelled to Russia in June 2014 for the 4th International Legal Forum in St. Petersburg and in November 2015 for the 7th Regional Conference for Central and Eastern Europe and Central Asia, sponsored by the International Association of Prosecutors in Sochi.

Nonetheless, it would be erroneous to infer from the above any deeply entrenched personal ties between Raisi and Russian leadership. Raisi will enter the presidency with little traditional foreign policy experience with the Russians. This is in stark contrast to Rouhani who negotiated lucrative arms deals with the Russians, first as a member of the Iranian delegation to the 1989 Gorbachev-Rafsanjani summit, then subsequently as Secretary of Iran’s National Security Council. Rather, Raisi’s foreign policy experience has consisted of religious and regionally-focused diplomacy with actors in Iraq, Syria, and Lebanon. Raisi’s tenure as president, however, will likely see the emergence of new areas of cooperation as well as continued interaction over salient issues of concern.

Raisi’s election and the future of Russia-Iran relations

Within Iran, the formulation of Tehran’s policy towards Moscow remains under the personal influence of the Supreme Leader Ayatollah Khamenei and his foreign policy adviser, former Foreign Minister Ali Akbar Velayati. Since the election, Raisi’s meetings with Zarif and his presence during meetings with foreign delegations indicates an effort to ensure a degree of continuity in the country’s foreign affairs. This has been echoed in statements from Raisi and Foreign Ministry representatives on their approach to foreign policy and Iran’s continued commitment to the JCPOA. In terms of Iranian relations with Russia, Khamenei and Velayati’s personal roles alongside the increase in bureaucratic ties between Moscow and Tehran over the past decade has further contributed to the relationship’s insulation from internal shifts and exogenous shocks. This is not to suggest that Russian and Iranian interests will align, but rather to point to the mutual effort to foster a degree of predictability in their relationship and mollify differences in order to prevent a deterioration of ties.

Moscow will continue to occupy a prominent role in Tehran’s global foreign policy as talks continue in Vienna over the restoration of the JCPOA. Russia has supported Iran’s position on contentious issues, such as Tehran’s ballistic missile program or renegotiating sunset provisions (clauses that allow for automatic suspension after a specified date if not extended) within the nuclear deal while calling for the removal of U.S. sanctions as a precondition for Iran’s return to its commitments under the JCPOA.

Given Raisi’s role in the 2009 and 2019 protests as well as his stated aversion to foreign interference, the president-elect may find a likeminded partner in Russia within the realms of cybersecurity and information security. Raisi has long advocated for strengthening Iran’s capacity in cyberspace and foiling foreign attempts to undermine Tehran’s control over information security. Such a predilection indicates that domestic regime security may be a potential area where Russia and Iran will experience closer cooperation under Raisi’s administration. To this end, the 2021 Russia-Iran agreement on cybersecurity offers a framework to develop mutual capacity building.

An additional area where Russia and Iran may overlap is in economic integration. During the presidential debates, Raisi highlighted the importance of ‘economic diplomacy’ with Iran’s neighbors and promoting regional integration. Such goals are consistent with Iran’s broader ‘look east’ policy of expanding multilateral and bilateral ties with Russia, China, India, and the Central Asian republics. Raisi’s presidency will likely place an emphasis on Russian and Iranian cooperation to further transport initiatives such as the International North-South Transport Corridor and securing free trade agreements in the Eurasian Economic Union as a means of supporting Iran’s domestic economy while strengthening ties with neighboring countries.

Overlapping security interests and concerns about instability across the Middle East, South Caucasus, Central Asia, and Afghanistan will continue to constitute a stable basis for Russian and Iranian cooperation. Given the US withdrawal from Afghanistan, Russia and Iran may experience closer coordination on Afghanistan under the Raisi presidency. At present, the extent of Russian and Iranian cooperation on Afghanistan has been relatively modest compared to Syria. Tehran, however, has participated in multilateral talks with Pakistan, China, India, and Russia in addition to attending Shanghai Cooperation Organization (SCO) meetings on Afghanistan as an observer. On July 5, Raisi’s call with Bashar Assad affirmed Iran’s continued interest in Syrian reconstruction, an area where Russia and Iran are increasingly at odds especially in terms of military reform and economic investment. Speculation over a breakdown in Russian-Iranian partnership due to tensions surrounding Syrian reconstruction, military reform, and economic investments assumes that Moscow and Tehran lack the foresight and pragmatism to understand their divergences and limits of cooperation.

Given the nature of Russian and Iran ties, it is unlikely that Ebrahim Raisi’s election will prompt a fundamental shift in the relationship. Whereas Raisi may emphasize Tehran’s ties with Moscow, the trajectory of Russia-Iran relations will continue to be predicated on the pursuit of their respective national interests that have long been intertwined though they seldom fully coincide.