Towards the end of 2017, the Syrian Interim Government announced the establishment of the “Syrian National Army (SNA),” whose main objective was to unite all military factions that had fought against the Islamic State of Iraq and Syria (ISIS) in addition to the YPG/SDF throughout the Turkish-led “Euphrates Shield” and “Olive Branch” military operations.

Since the Syrian Interim Government (SIG) announcement of the formation of the SNA on December 30, 2017, three corps have emerged from the SNA, which in turn have been divided into brigades. This was followed by the announcement of the formation of the military police and the National Police, which were responsible for resolving conflicts between the military factions united in the same organization, controlling security, and protecting citizens residing in northern and eastern Aleppo.

Prior to SNA’s merger with the factions of the “National Front for Liberation”, the SNA’s military structure included a unified military command for all factions in the “Euphrates Shield” area (northern and eastern environs of Aleppo). These were then reorganized into three legions, the “Sultan Murad Corps,” “The Levant Front Legion,” and “The National Army Corps”.

The following image contains 4 diagrams that show the details of military control in the governorates where the SNA is present, namely Idlib, Aleppo, Raqqah and Hassaka. 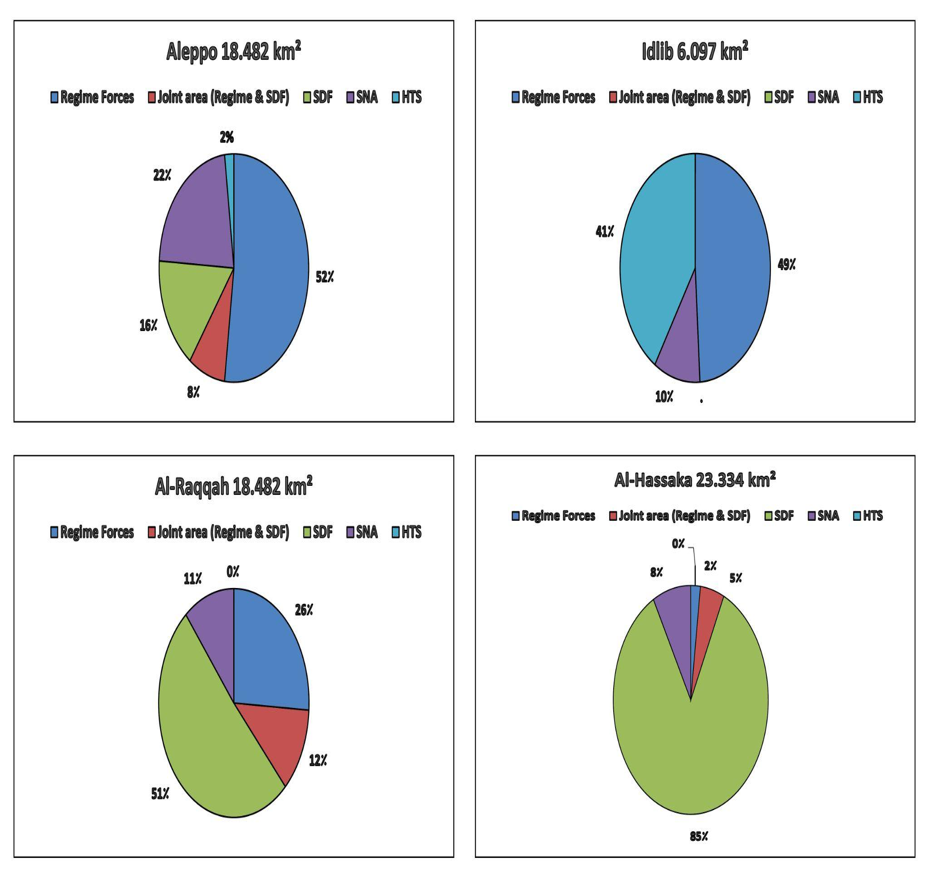 Graph: Percentage of Control and Influence in Governorates in Northern Syria

The SNA’s original and present structure is centered around factions, whereby each faction or military formation retains its own structure within the national army in exchange for merging to perform specific military or security tasks in the northern region. This means that the National Army’s formation did not lead to any military faction’s dissolution, but rather only strengthened the cooperation and communication mechanisms between the various factions in the north. This is completely different from the formation’s main objective of uniting all the factions in the North under a single command at the structural, administrative, and security levels. 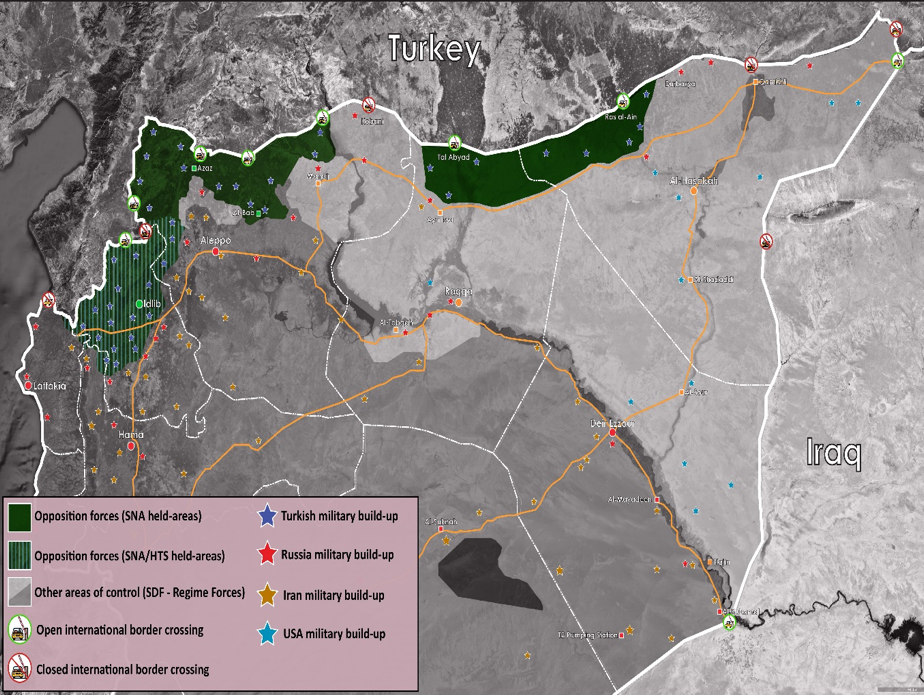 Areas of Control and Influence in the Euphrates Basin – August 2021

We can summarize the main problems that the Syrian National Army has faced and still faces as follows:

The Syrian National Army’s Future Between Restructuring and Integration

Military restructuring and reintegration is one of the final stages for armies after a final agreement has been reached in security and politics, resulting from negotiations between international and local actors. These negotiations often include plans for either the armed groups’ disarmament and demobilization or integration into other security or military institutions, as well as combatants’ reintegration into society.

In the case of the SNA, the Turkish side needs to work on solving some of the problems the SNA’s current structure currently poses in order to make such a scenario’s implementation possible and easy in the future.

Incorporation into the Regime Army

This scenario is currently ruled out and has not been proposed or discussed. Its occurrence would be entirely dependent on international factors and agreements leading to a political solution in Syria.

In the event of a lasting political solution in Syria, the SNA’s integration into the regime’s army will be one of the things that Turkey could seek, as influence within the military institution will be an aim for all international actors if a final political solution is reached in Syria.

When talking about the possibility of merging, it is necessary to consider the SNA’s formations and factions. The armed formations include tens of thousands of fighters whose presence and armament is a reality that cannot be bypassed within the framework of a political solution. Otherwise, they will become a disruptive force and threaten official military formations, especially given their years of experience in armed conflict. The form and mechanisms of the fusion process depend primarily on the form the political settlement takes, and the nature of the international and regional forces involved in it.

Moscow has pursued a policy of reintegrating some elements of the opposition factions and military groups into certain corps of the regular army (the Fifth Corps) after the heavy disarmament operations it conducted as part of the forcible settlement of the conflict particularly in the areas of Daraa, Ghouta and the outskirts of Homs.

However, the difference between Moscow’s policies and what could be worked on after a political settlement is that the fusion operations are being carried out in an unsound context and conditions are overseen by a party represented by Moscow. These, therefore, cannot be considered genuine integration and restructuring processes.

Despite the SNA’s fragmentation, Turkey and top SNA commanders are eager to present it as a solid core of a disciplined army capable of protecting Northern Syria. This army would strategically reduce the need for heavy Turkish intervention to deter its opponents, the Kurdistan Workers’ Party (PKK). The SNA’s preservation and consolidation continues to depend on the possibility of a political solution and, more importantly, on a basic consensus among actors on restructuring the military and security institutions currently controlled by the regime.

In the period ahead, the SNA leadership needs to focus on solving the weaknesses in its structure, assess its performance, and focus on military training in line with internationally accepted practices.

The challenge for the armed opposition groups in Syria remains the formation of a solid bloc that could constitute a critical mass within any future Syrian armed forces. As the final solution matures, all local and international actors will compete to shape the new military structure.

Navvar Şaban is a conflict expert at the OMRAN Center for Strategic Studies, where he specializes on the Iranian influence in Syria, focusing on the Shia militias activity. He is also a non-resident researcher at the ORSAM Center. He tweets at @Nawaroliver.