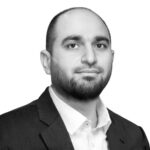 Over the past two years, the various battlefields of Syria, Libya and Armenia were a key stage for Russian weapons and especially Russian air defence systems to demonstrate their effectiveness. Despite the Russian claims asserting the effectiveness of Russian weapons, especially Russian air defence systems, they proved to be unreliable numerous times across these three theatres of conflict, as I demonstrate in the appendix that follows this article.

Air defence systems by design are generally built to protect vital civilian and military facilities so that the armed forces on the ground can continue to operate optimally. This means that they must form an integrated protection umbrella for both the systems themselves and the forces operating on the ground. Otherwise, these systems have no reason to exist in the first place.

After the direct Russian military intervention in Syria, the Syrian army was supplied with different Russian air defence systems of both newer and older models. These systems had to be effective especially that Israel has not and will not hesitate to use its air force to strike targets inside Syrian territory. The first real test for these systems came during an Israeli airstrike on the Mezzeh military airport near Damascus in May 2018, in which the Pantsir system was destroyed and unable to defend even itself, nonetheless the airport it was designed to protect. After this incident, some Russian military analysts justified the system’s failure by arguing that it was in the process of being re-supplied, thereby placing the blame on the air defence crews. However, Russian crews and systems also failed to a high degree to respond to the primitive UAVS that attacked the Hmeimim base, where Russian forces are deployed in Syria.

A Russian-made air defence system operated by the Syrian army also shot down a Russian “IL-20” reconnaissance plane with 15 Russian soldiers on board, which it did not recognize as a friendly plane in the midst of an Israeli airstrike targeting military sites in the Lattakia Governorate in September 2018. This prompted Russia to modernise the Syrian army’s air defence systems which pledged to counteract the Israeli airstrikes. However, the number of Israeli airstrikes did not decrease, but rather maintained their pace. The latest Israeli strike was on al-Daba’a Military Airbase, west of Homs, in July 2021 in which Russia claimed that it was able to shoot down all Israeli missiles before they reached their targets. However, satellite images exposed the Russian claim and showed the extent of destruction the airstrike left.

On the other hand, during the Syrian regime’s campaign against the opposition-held Idlib province in February 2020, the Turkish army managed to destroy a number of other air defence systems, like Pantsir and Osa, in direct engagements. Despite the hundreds of other targets that were destroyed by the Bayraktar TB2 drones, according to videos broadcast by the Turkish media, many Russian analysts claimed that these videos were fabricated. They also failed to acknowledge that the Turkish drones that were shot down by the Syrian army were not shot down by air defence systems, but rather traditional air defence weapons such as heavy machine guns.

This was soon followed by another failure in Libya, as the forces of the Libyan Government of National Accord backed by Turkey were able to destroy several Pantsir systems, which the United Arab Emirates (UAE) had supplied to the Libyan National Army led by Field Marshal Khalifa Haftar, according to Russian experts. The UN-recognized Government of National Accord forces managed to turn the balance of power and improve their position by controlling a number of cities and military bases. Due to their military failures and heavy losses, the Libyan National Army lost the ability to launch more attacks, especially after air defence systems proved ineffective in providing the necessary air coverage to protect LNA forces and reinforcements moving from eastern Libya to the west. This later contributed, with international support, to the reaching of a ceasefire agreement, after years of war that threatened the country’s unity.

In the Caucasus region, during the month and a half of battles between Azerbaijan and Armenia in Nagorno-Karabakh region, the Armenian army failed to neutralize Azerbaijani drones as Russian air defence systems remained powerless to defend even themselves. During the war, several different air defence systems were destroyed, including the S300, Tor, Osa and Strela, in addition to hundreds of other targets. The estimated value of the Armenian army’s losses caused by the Bayraktar drones alone amounted to approximately 1.9 billion dollars out of the 4.8 billion dollars worth of total Armenian losses. As Azerbaijan regained control over the Karabakh region, Armenian Prime Minister Nikol Pashinyan blamed the defeat on Russian weapons, especially air defence systems. Later, these combined results led to a constitutional crisis that almost swept the country as a result of the dispute that occurred between the political leadership and the Armenian Chief of Staff, who is seen as more pro-Russian than Pashinyan.

In the three above-mentioned battlefields, and in front of Turkish, Israeli and American weapons, the Russian air defence systems failed miserably. Even in Crimea, Ukraine managed to monitor and photograph the Russian S400 air defence system with the Bayraktar drones without the latter being detected. Ukraine which had acquired six of these drones in 2019, later decided to buy more.

Russian air defence systems are primarily unable to engage with this type of drones for several reasons, such as their small size and ability to fly slowly at low altitudes, in addition to the use of non-metallic alloys in their manufacturing, all of which makes them difficult to detect. Even if they do detect these drones, these systems are still unable to engage with targets that fly at low altitudes and speeds less than 360 km. During engagements with warplanes and missiles, it seems also that stealth and electronic jamming have been effective in making these systems blind and useless. On the other side, the S400’s radars have failed to detect the F-35 up to 34 km and the F-22 up to 21 km, whereas these aircraft can target air defence units from more than 100 km.

A number of Arab countries own and negotiated the acquisition of the S400 or S300 system, including Algeria, Syria, Saudi Arabia, Qatar, Sudan and Morocco. While it is true that some of these countries have not and will not be able to acquire Western-made air defence systems, some of them can and have opportunities to do so, which would be preferable to falling into U.S. sanctions.  Washington has consistently warned its allies to not acquire Russian weapons and threatened that would impact their ability to purchase American arms deals, especially the F35 plane deals, similar to what happened with Turkey, which took the risk of buying the S400 system. However, it seems that these countries are aiming to invest in a political rather than military partnership with Moscow, but have found themselves pressured to buy Russian weapons in order to secure this political partnership.

The reality remains that across Syria, Libya and Armenia these air defence systems have consistently proven to not be a worthwhile investment. This is especially the case if Russia continues to claim these systems’ ability to destroy all air targets, but upon their failure, blame the same air defence crews they trained.

Appendix: List of Russian systems destroyed in the three countries:

In all countries, the old target systems were not counted, especially in Syria.

In Syria, the radar systems targeted by Israel were not calculated due to the scarcity of information.

The number of systems destroyed by Azerbaijan using Israeli-made IAI Harop were not counted.