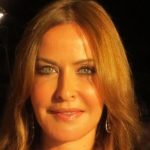 A massive explosion devastated the Lebanese capital Beirut on August 4, killing at least 170 people and injuring another 6,000. The explosion cast light on Lebanon’s decay. Forty years after the end of the civil war, the country is in a state of total failure.

On Tuesday after 6 PM, an ignition of about 2,750 metric tons of ammonium nitrate that was being stored in Beirut’s port, destroyed large swaths of the city of Beirut. PM Hassan Diab said at the time that a highly explosive material left at the port for the past six years had exploded, while President Michel Aoun acknowledged the explosion could have been caused by negligence or foreign interference by a missile or a bomb. Lebanese authorities failed to take responsibility or to make a public apology for the blast, blaming instead each other for the tragedy.

The explosion has since triggered popular unrest. The Beirut explosion came on the heels of disappearing state services and an economic collapse. Since in the end of the civil war in 1989, Lebanon has been plagued by power cuts, water shortages and a failing telecommunication network.  In March, the Lebanese government also defaulted on a $90 billion debt. Recession has since reached double digit figures while unemployment stood before the explosion at over 30%. Human Rights Watch warned that millions of Lebanon’s residents, including more than one million Syrian refugees, were at risk of going hungry if the government didn’t come to their aid. Banks, heavily exposed to the Lebanese debt have written off their losses, wiping out essentially the wealth and savings of their depositors. The banking sector carries about $30 billion in Lebanese debt, as well as $50 billion lent to the private sector, much of which is now distressed. Additionally the Lebanese currency has so far lost over 70% of its value. Despite widespread support from foreign countries to Lebanon on condition of reform, Lebanon has failed to agree on a rescue plan, after 16 rounds of talks with the International Monetary Fund.

The Lebanese state has been nearly absent before and after the explosion. While the cause of the blast remain murky, gross negligence has been pointed out. At least two Lebanese Customs directors as well as the state security services– warned of the “extreme danger” of leaving the ammonium nitrate at the port. Yet Judges and governments officials all heeded the warnings.

In the wake of the explosion, volunteers took to the street to clean while NGOs came to the rescue of devastated families. State representatives have been missing from the destroyed streets of the port, Gemayzeh or Mar Michael. The Lebanese government was further discredited by the international aid effort that intentionally sidelined state institutions because of its wide spread corruption.

The Lebanese political class has long signed out from its responsibilities. Built on a sectarian system between Christians and Muslims, Lebanon has since 2008 and the Doha agreement reached a consensus whereby veto power has been provided to Hezbollah and its Christian allies of the FPM  when they didn’t have a majority.  On one hand, the militant group, has acted as Iran’s long arm in the region, whether in Syria, Iraq or Yemen. It has ramped up its position against Gulf countries, aggravating Lebanon’s relations with its Arab neighbors. On the other, the rest of the political class has robbed the country in plain sight, with the debt growing from $35 billion in 2005, to $90 billion in 2020. Lebanon is today considered as one of the most corrupt countries on earth.

The country’s political elite is entrenched in a last ditch battle against its own people. It is unable and unwilling to reform. Hezbollah’s priority remains regional, and its allegiance is first and foremost to Iran and to the protection of its interests. Hezbollah has earned a new get-out-of-jail-free-card: the recent Special Tribunal For Lebanon has sentenced in absentia one Hezbollah member for the killing of PM Rafic Hariri, without tying it to the party’s leadership. The rest of the political class, symbolized by old war lords namely, President Michel Aoun, MP Walid Joumblat, Speaker of the House Nabih Berry are motivated by their selfish concern to maintain their political control over the system that insures them a steady income from state revenues. Former PM Saad Hariri is weak and badly advised, his close aids, equally corrupt.

Lebanon’s political system prevailing since the end of the civil war is broken. A quick fix will not quell people’s anger. International deals that once succeeded in repairing relations between the various political brokers will ultimately fail, as they will not close the divide between an inept political elite and an angry population.