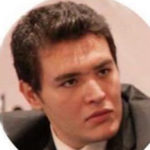 Egypt has been withdrawn and pre-occupied with its internal affairs and the after-effects of the revolution, resulting in the destabilization of its internal security by the arms smuggling coming from Libya. In 2014, Egypt took a critical initiative to be involved in the Libyan conflict, however with a poor and limited strategy. Egypt supported Field Marshal Haftar, who started his military campaign from the far east near the Egyptian border.

The Libyan issue is important and sensitive for Egypt on several fronts. Those include 1) the Egyptian official and unofficial labor force, which reached more than a million Egyptian workers before the Libyan war; 2) the daily trade movement between the two countries, both formal and informal; 3) controlling both Egypt’s internal security and the land and sea borders with Libya; 4) the importance of a political regime allied with Egypt and ensuring Libya’s internal stability; 5) resources and wealth; and 6) tribal and family extensions between the two countries.

The Egyptian state has long linked the conflict in Libya, with that of North Sinai, and the regional conflict. Egypt’s strategy has succeeded to a large extent in achieving its main goal as Islamic groups have not been able to penetrate the west of Egypt. Furthermore, security services have also foreclosed any possibility for Egyptian jihadist groups to entrench there and turn the west of Egypt into a vast battlefield like North Sinai. It has also succeeded in undermining the smuggling of weapons to and through Egypt.

The Libyan conflict forced Cairo to become more involved in Libya and in the Eastern Mediterranean, respectively. Egypt began to strengthen its presence in the Libyan affair and succeeded in understanding the power and security scene in the Eastern Mediterranean. As a result, Egypt made great advancements in its navy and developed and strengthened its capabilities through a massive process of rearmament, training, and forming joint maneuvers with many international parties. Then, it reconstructed its military bases in the west of the country by building two bases, Muhammad Naguib and Sidi Barani, and deployed multiple and diverse forces within them. The rearmament coincided with Egypt’s diplomatic role with the eastern Mediterranean countries in Europe to promote the Egyptian vision of the Libyan conflict.

However, a final question remains: why did Egypt sign the border demarcation agreement with Greece and reject the Turkish offer which gives Egypt more maritime borders?

First, according to the international law, it is not possible to bypass the Greek islands due to their geographical location and area; even if these islands are uninhabited, they have the right to economic borders. Therefore, it is not easy for the re-demarcation agreement of the marine borders between Ankara and the Government of National Accord (GNA) to withstand the strict international law. Consequently, Egypt took advantage of the demarcation agreement that Ankara made to pressure the Greek side to improve the terms of negotiations, but it was crucial to Egypt’s position on the agreement from the very beginning.

Second, Egypt wants to uproot or marginalize the role of the Turkish side in Libya and the eastern Mediterranean for security and military reasons. This is linked to the conflict between Cairo and Ankara and the latter’s support for the Muslim Brotherhood. The agreement with Greece also cuts the military road between Tripoli and Ankara.

Third, the demarcation agreement between Egypt and Greece guarantees Egypt several benefits, including strengthening the Egyptian role in Libya, Egypt’s involvement in gas extraction and export, and a greater Egyptian role in terms of employment and resources (oil and gas) in the oil crescent in eastern Libya.

Fourth, since 2015, Egypt has been moving forward in strengthening its security role in the Mediterranean and preventing illegal immigration to Europe. This has earned the Sisi regime more legitimacy within the European Union and provided it with international support.

Fifth, Egypt seeks to re-expand in the Middle East and to extend more influence in the eastern Mediterranean at the expense of Turkey. Ankara’s loss or failure to defeat the Syrian regime, plus the Egyptian-Emirati-Israeli rapprochement, means that Egypt will return with great strength to the map of conflict, influence, and resources in the region.

Seventh, the agreement may create tension between Egypt and its allies in Libya, due to the assimilation of some Libyan rights in this demarcation. However, it is too early to confirm this, as the file of demarcating the maritime borders between Egypt, Libya, and Greece is subject to re-circulation and thus gives Libya its legitimate rights.

Eighth, if the agreement is settled, Ankara will also be forced to redraw its borders with the Egyptian side. This may mean a relative reconciliation between the two but under the condition of cutting off part of Ankara’s influence in Libya.

Finally, Egypt’s recent steps have put severe pressure on Ankara causing it to escalate to a level that may result in military chaos in the Mediterranean and Libya. This is a very critical and dangerous strategy, but it pushes the Turkish side either to retreat or enter a regional war within the Mediterranean. This decision faces international admonition and appears to be a red line. This makes it difficult for Ankara to turn Libya into a new Syrian arena, and it pushes new parties into the conflict besides Ankara and Cairo.

This piece was translated from Arabic into English

Aly El Raggal is a researcher in political sociology and specialist in security studies.