Israel’s Rapprochement with the Arab States: Will Regional Interests Prevail Over International Recognition? 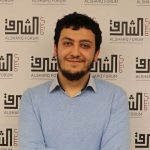 General elections are upcoming in Israel and current Prime Minister Benjamin Netanyahu will likely keep his post despite facing police investigations over several cases of alleged corruption. Even if he is removed from the position over the affair or crashes out in the elections, the trend of his country’s rapprochement with Gulf States will continue to take an important place in Israel’s foreign policy agenda. Moreover, this foreign policy is even supported by the opposition figures in Israeli political landscape. In fact, the improvement of relations with many Arab states, and particularly with Egypt, Saudi Arabia and the United Arab Emirates, is just one manifestation of a more extensive phenomenon in Israeli foreign policy over the last few years. Following its years-long efforts at gaining international recognition using allies beyond the treacherous waters of the Middle East, Israel has gradually made progress in this objective of foreign policy and its focus has begun to swing more to the region. In other words, the country’s reliance upon international recognition against threats from the region is being replaced with a policy of acting in collaboration with regional powers.

When it was established in 1948, Israel was already in an isolated position within the region due to hostilities with the Arab states surrounding it. In order to break out of this isolation, the country adopted two sets of policies regarding global and trans-regional powers in the 1950s and 1960s. While it carried out a balancing act between the global powers, including the U.S., USSR and France, the regional hinterland also gained significance thanks to developing the Periphery Doctrine as a strategy, forming close relations with Iran, Turkey and Ethiopia. Although this policy was not completely isolated from the regional dimension, the country definitely leant more towards internationalism. For instance, the 1967 Arab-Israeli War during this time was not only a military achievement for the country, but it was also an event in which Israel enhanced its level of recognition in the eyes of international community. Although the USSR cut off its relations with Israel afterwards, pushing the country to take part in the Western camp, the emergence of an alliance with the U.S. out of longstanding good relations was a significant outcome in terms of the international recognition of Israel, particularly during the intermediation process of the Arab-Israeli diplomatic talks.

The chain of events that has ended up with the Arab-Israeli rapprochement actually started in the 1970s.  Due to its achievements in consequent military conflicts with the Arab states and receiving the support of the United States, Israel felt able to revise its foreign policy priorities and began to make more room for maneuver in terms of its regional presence. This has also overlapped with the rise of right-wing political camp after the Likud party’s victory in 1977 under the leadership of Menachem Begin, a leading figure of Revisionist Zionism. That being said, two incidents in particular were the real game-changers in this process. First, the Camp David treaty was signed with Egypt and all threats from the most highly-populated and militarily-advanced Arab country in the region was eliminated. This development was an indicator for Israel that they could gain recognition within the region itself without pushing international recognition to its full extent. Second, the Islamic Revolution in Iran not only led Israel to lose an ally in the region, but also left it in a challenging position against a revisionist power that threatened the outcomes of Camp David. This development further demonstrated to what extent recognition from the region was necessary for Israel.

From this process onwards, the balance between internationalism and regionalism in Israeli foreign policy began to change, and Israel began resorting to actions based on fait accomplis that created more disputes. For instance, the Knesset declared that Jerusalem was “the capital of Israel” in 1980, a decision which was later condemned by the United Nations Security Council. Furthermore, the Israeli settlements in the West Bank have increased in number and been encouraged as a state policy. The invasion of Lebanon and willful atrocities in the Sabra and Shatila refugee camps in 1982 were other incidents revealing that international recognition had been downgraded vis-à-vis national security objectives.

The transformation that the MENA region went through with the Arab uprisings should also be examined in order to comprehend the story of rapprochement from both sides. Israel approached to the developments with a blend of caution and self-confidence in its initial stages. Yet, the civil war in Syria – and Iran’s active military involvement there via its proxies, including Hezbollah – obliged Israel to increase its level of engagement and pushed the country towards “regional solutions”. Its efforts to demonize the JCPOA nuclear agreement, an internationally recognized solution which was even said to have been complied by Iran according to the International Atomic Energy Agency (IAEA) and – at one time – the Trump administration, should be also considered within this framework. This policy was reciprocated by the Gulf States, since they shared a feeling of being surrounded by Iran through its footholds in Yemen, Iraq, Syria and Lebanon. The Gulf States and Israel, as two pro-status quo powers, were already expected to see eye to eye against this revisionism in Iranian foreign policy, a legacy of the 1979 Revolution.

Having said that, the Iranian dimension is not the sole reason for this development. The rise of political Islam in the MENA region, which goes back to the 1980s and 1990s, is also perceived as a form of power that threatens the status quo for both parties. This merger of interests was particularly witnessed during the coup in Egypt in 2013. Along with Saudi Arabia and the UAE, who funded the crackdown, Israel also supported it. It has also continued this policy over the Khashoggi issue. Long years of efforts between the Israelis and Saudis, including talks between their intelligence services, have prevailed over any possible denunciation of the brutality of the Saudi regime for reasons of “stability”. History repeats itself here, because this policy of cooperating with authoritarian Arab leaders can be regarded only as an updated version of U.S. foreign policy in the Middle East against the “Soviet threat” and “Islamist terror”. Just as the democratization efforts in the MENA region were once victim of these overwhelming threats, this time the overwhelming “Iranian threat” or “Islamist threat” undermines these democratization efforts and any opposition to the status quo in the region.

Meanwhile the Palestinians are the biggest victims of this crackdown. Israel’s rapprochement with the Arabs, for the reasons mentioned above, enables Israel to further disregard the issue for the sake of effectiveness. Therefore, it blatantly carries out fait accompli actions such as encouraging the U.S. to move its embassy to Jerusalem, the Knesset passing a controversial “Jewish Nation-State Law” that harms  the status of the Arab minority and Druze community, and refusing the renew the mandate of the Temporary International Presence in Hebron (TIPH). In addition, it disregards any Palestinian representation in its efforts to implement a fait accompli solution through the “Deal of the Century” and does not even tolerate the symbolical representation of the Palestinian Authority under Fatah.

Israel has apparently managed a significant achievement by getting most of the Arab states on its side the post-Arab uprisings period. But it lacks long-term objectives and remains more tactical than strategic. Even if they neutralize the Iranian threat, which would be a real challenge considering the difficulty in responding to threats within an asymmetrical conflict, this rapprochement is bound to fail, because this will only further postpone the inevitable necessity of building political legitimacy based on public legitimacy in the Arab states. The Arab uprisings have already proved that becoming bedfellows of authoritarian Arab leaders without public support is a strategy bound to fail at the end of the day. Ultimately, they must take the issue of legitimacy into account if they are concerned for their survival.

Moreover, the efforts between the two sides to find a solution for the Palestinians without taking any Palestinian group into account makes the failure of these efforts inevitable and could even spoil the rapprochement itself. Two Intifadas in the history of the conflict, along with the recent Knife Intifada, have shown that the Palestinians do not even need a leader to force a change in reality through their resistance. Israel, meanwhile, knows that cooperating with the Arabs is heavily dependent on finding an effective and legitimate solution for the Palestinian issue.

Fatih Şemsettin Işık is a graduate student at the department of International Relations in Central European University (CEU). Prior to his education, he worked as a research assistant and social media coordinator at Al Sharq Forum. After completing his undergraduate studies at the Department of Political Science in Bilkent University in 2015, he finished his MA studies at the Department of Political Science and International Relations in Istanbul Şehir University in 2019. He also served and reported dozens of pieces on regional issues as a journalist at Daily Sabah newspaper between 2014 and 2016. His areas of interest include Israeli politics, Turkish-Israeli Relations, Post-1979 Iranian Politics, Turkish Foreign Policy in the Middle East and Turkish Politics.