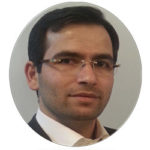 The 2020 U.S. presidential election has been of peculiar importance for Iran. Though Iranian leaders expressed indifference to the results, they also indicated that a change in Washington’s Iran policy would be welcome in Tehran. Trump’s re-election would have meant another four years of stand-off and heavy sanctions on the Iranian economy. On the other hand, Biden’s election with his different rhetoric and pre-Trump experience in dealing with Iran under Obama can bring change and break the Iran-US impasse.

While President Trump trashed the Obama-era Iran nuclear deal in 2018 and imposed “maximum pressure” on Iran with the premise of rebranding the deal with his own name, Biden promised to return to that same deal. The JCPOA is central in any future Iran-US dealings, not only because it was the biggest breakthrough in the past four decades but also because it can serve as the litmus test for Biden’s shift on Iran—thereby partially restoring Iran’s trust in engaging Washington, a trust destroyed by Trump.

Biden’s foreign policy rhetoric on the Middle East indicates a change that can re-structure U.S.-Iran policy on the JCPOA and beyond. Biden is willing to return the United States to the JCPOA, marking a U-turn from Trump’s approach. If Biden’s proposed Iran policy materializes, he will revoke the maximum pressure campaign—after reaching an understanding with Tehran—and embark on a reconciliatory approach with Iran.

Though Biden’s compliance-for-compliance approach is definitely not ideal for Iran, which will focus on the need for remedying the scars of Trump’s JCPOA violation, it can still serve as a transitional framework for moving toward a normalized engagement policy. Though a difficult and probably a lengthy process, returning to the JCPOA can set the scene for further engagements on other issues. Legal, technical, and more importantly, political issues will haunt such an approach, yet they cannot stop it provided there is political will in both Washington and Tehran.

Biden’s Middle East policy will also have a crucial impact on his policy towards Iran. Unlike the JCPOA, a U-turn from Trump’s Middle East policy is not going to happen. There will be, however, changes in rhetoric and policy. Biden’s rhetoric on Iran’s regional foes and rivals indicate that his approach would be a more balanced one compared to his predecessor’s obsession with Iran. And though it is expected that the Biden administration is to keep a close relations with traditional clients and allies in the Middle East, it is also likely to resort to a more balanced approach for two main reasons: to reduce U.S. direct involvement in unnecessary issues and re-direct its focus on China’s rising power.

Nevertheless, obvious differences between Iran and the United States in the Middle East will persist. Biden’s rhetoric suggests that though his administration’s priorities will focus less on the Middle East and more on Iranian nuclear issues, nevertheless, he will not evade the American tradition of putting pressure on Iran coupled with a rhetoric demanding a change in its regional conduct. That said, it is yet to be seen what kind of change his administration will pursue. This is important because there is not much the United States can do to elevate its interests in the main regional files where Iran is involved including Iraq, Lebanon, Syria or even Yemen.

Iran’s approach to the new U.S. administration will be overshadowed by Trump’s Iran policy and the way his administration dealt with the JCPOA. For Iranians, a move away from Trump’s zero-sum approach is welcome, yet the setting for new engagement and the extent to which a Biden administration is willing to accept responsibility for violation of the JCPOA while remedying the scars of three years of maximum pressure will determine Tehran’s dealings with that administration. With regards to regional issues, without the United States returning to JCPOA commitments and ensuring dividends for Iran, it will be highly unlikely for Iran to engage the United States on regional issues. Therefore, so long as the JCPOA is in shackles, a change in Iranian regional policy is difficult to envisage.