Navvar Saban | 31 August 2021 | TR
Towards the end of 2017, the Syrian Interim Government announced the establishment of the "Syrian National Army (SNA)," whose main objective was to unite all military factions that had fought against the Islamic State of Iraq and Syria (ISIS) in addition to the YPG/SDF throughout the Turkish-led "Euphrates Shield" and "Olive Branch" military operations.
The Past, Present, and Future of the Syrian National ArmyNavvar Saban2021-08-31T15:49:50+03:00 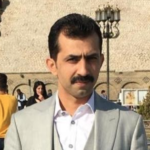 Mehmet Emin Cengiz | 27 August 2021 | TR | AR
Following the presidential elections held in Syria in May 2021, the PYD-led Autonomous Administration of North and East Syria (AANES) has witnessed protests in the territories under its control. The deteriorating economic living standards coupled with the Syrian Democratic Forces’ forced military conscription led people to organize protests
Heated Conflict or Consolidation of the Status Quo in Northeast Syria: What is next for the AANES?Bedir Mulla Rashid2021-09-10T15:43:27+03:00

Mohammed Sinan Siyech | 22 April 2021 | TR | AR
The Islamic State has gradually ramped up its attacks in Syria and Iraq since the mid-2020. This brief examines the group’s recent activities in both nations to interrogate if the group is undergoing a phase of resurgence in the region. Accordingly, it maps out the different factors that are aiding the group and provides some policy implications for governments in the region
Examining the Islamic State’s Resurgence in Iraq and SyriaMohammed Sinan Siyech2021-05-04T14:17:07+03:00

Sinan Hatahet | 12 March 2021 | TR | AR
Following the dramatic and quick deposing of Ben Ali in Tunis and Mubarak in Egypt, the younger and allegedly more popular Bashar al-Assad publically dismissed the possibility of himself witnessing a similar fate. Confident of his ability to navigate through murky waters and maintain a working relationship with the international community despite their previous attempts at alienation
The Syrian Revolution’s Tenth Anniversary: The Autopsy of a Delayed TriumphSinan Hatahet2021-03-26T12:19:13+03:00 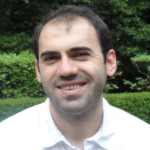 Omer Aslan | 07 December 2020 | TR
For the last two years, several members of the League of Arab States (LAS) have taken incremental steps to bring Syria back under the LAS tent. Oman never cut diplomatic ties with Syria, and the United Arab Emirates and Bahrain reopened their embassies in Damascus. Several other Arab states such as Algeria, Iraq, Tunisia, and Lebanon have been calling for Syria’s return to the League
The Dynamic of Syria’s Return to the Arab LeagueOmer Aslan2020-12-18T16:58:30+03:00
X
X
Go to Top